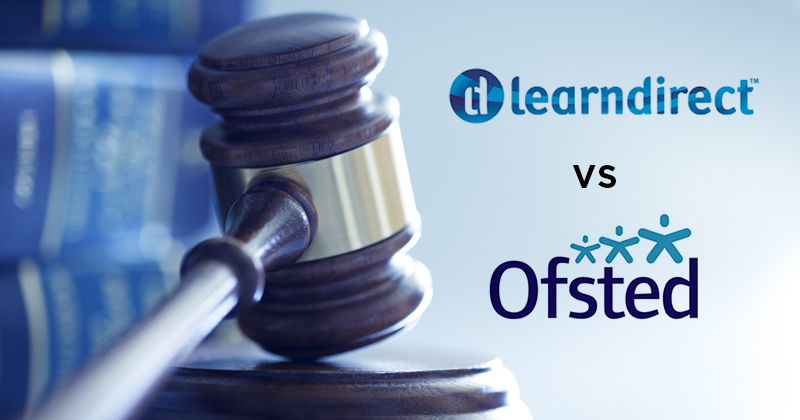 The country’s biggest training provider has had its desperate attempt to appeal against a judicial review flatly rejected – in a move that will finally give Ofsted leave to publish its damning ‘inadequate’ inspection report.

Skills giant Learndirect lost its first High Court bid to overturn the grade four-overall verdict that will cost it £100 million in government grants two weeks ago, but it applied for permission to appeal the decision late last week.

FE Week can now reveal that the appeal application has been thrown out by Mr Justice King, a decision about which Ofsted said it is “very pleased”.

The report is based on an inspection undertaken way back in March and is now scheduled for publication on Thursday.

It will, by Learndirect’s own admission, oblige the government to withdraw more than £100 million in public funding contracts, and this they say, may force them to call in the administrators.

In his ruling at Manchester Administrative Court, the judge said: “Permission to appeal is refused, as I do not consider any of the grounds sought to be pursued has a real prospect of success.”

Mr Justice King dismissed Learndirect’s insistence that he’d been wrong during the initial judicial review to reject its claim that Ofsted’s sample size of apprentices was not large enough to reflect the size of the company.

Lawyers acting on Learndirect’s behalf complained, during the two-day hearing in July, that Ofsted had spoken to just 0.6 per cent of apprentices, an “insufficient sample leading to unreasonable conclusion”.

He also alluded to a previous criticism that the provider’s legal team had not brought forward an expert witness to explain why it felt the evidence base was too small.

“Not only was this ground not pursued before me, but I also do not consider it can be correct,” he said.

“Decisions about the adequacy of the evidence base must be an integral part of the defendant’s inspection process and part of her core functions as an expert.”

He saw no other “compelling reason for the appeal to be heard”, adding that “this was a decision applying established principles to the facts and circumstances of the particular case”.

An Ofsted spokesperson confirmed to FE Week this afternoon that the inspectorate would now publish the report on Thursday, August 17.

“We are very pleased with this outcome,” he said.

“Seventeen inspectors took part in this inspection over four days, when they spoke to learners and apprentices.

“Inspectors interviewed employers, apprentices and learners in person and over the phone, reviewed portfolios of work, and looked at progress reviews when they gathered evidence.

“As well as visiting apprentices in their workplace, inspectors also reviewed a wide range of evidence to ensure that both the judgements and inspection grades were secure.”

A spokesperson for Learndirect said it was “extremely disappointed” by the result of the appeal.

“Ofsted’s inspection was challenged because we believe the process did not give a true reflection of Learndirect’s training quality and performance,” he added.

“The business presented compelling evidence as part of the appeal to support this view.”

The provider had previously warned that if it were given a grade four, the government had confirmed it would serve a three month-termination on all contracts, which are worth over £100 million in total.

This, Learndirect previously claimed in court papers seen by FE Week, would force the group and learndirect to become “insolvent and forced into administrators”, leaving more than 1,600 of its staff at risk of losing their jobs and over 70,000 learners in need of help to find an alternative provider.

But it has now told FE Week: “The outcome of the inspection does not affect the non-ESFA and e-assessment contracts held within our adult skills business, Learndirect Limited or Learndirect Apprenticeships Limited, which is independent and was not subject to an inspection from Ofsted.

“Learndirect Limited will continue to be well-supported by our stakeholders and we will ensure our employees remain fully engaged around the ongoing evolution of the business.”