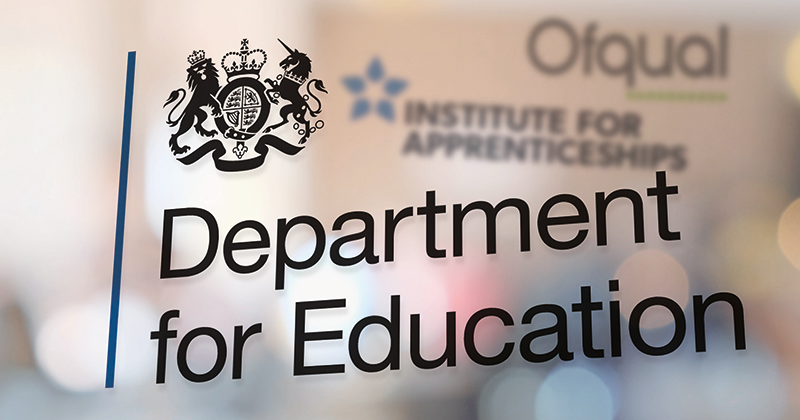 The Department for Education is on the hunt for £600-a-day consultants to advise on the “suitability of proposed assessment plans” – despite that being the Institute for Apprenticeships’ role.

And with the IfA and Ofqual also seeking experts for similar roles, the situation has been branded a “waste of public money” and a “recipe for failure” by a senior sector figure.

Adverts for up to 10 independent technical education advisers to work on apprenticeships, along with qualification reviews and T-level content development, were posted by the DfE yesterday (August 2).

Applicants for the roles – which come with a pay package equivalent to £130,000 annual salary – “need to have a strong knowledge of technical and applied education, including qualification content and assessment design, development, approval and delivery”.

Apprenticeships advisers will be expected to “consider the suitability of proposed assessment plans, and provide relevant advice to the IfA”, while qualifications review advisers will “make evidence-based recommendations as to whether individual qualifications meet the requirements for inclusion in performance tables”.

T-level advisers will “develop outline content for qualifications, beginning with core content for each route”, work with route panels “to agree the content” and “work with DfE officials and with other DfE-appointed experts to produce full criteria for these qualifications, including assessment arrangements”.

And Ofqual posted adverts at the end of June for “experts who have proven and up-to-date expertise” in 19 subject areas, to evaluate assessments and scrutinise new qualifications.

A senior figure from the vocational assessment sector, who wished to remain anonymous, told FE Week that there had already been concern that “the creation of a new regulator for apprenticeship assessment would lead to duplication and confusion”.

“With the DfE, IfA and Ofqual now all advertising for assessment consultants our fears are being realised,” they said.

“It’s ludicrous – and beyond the waste of public money on consultants it’s a recipe for failure.”

The latest adverts come just over a month after the IfA started searching for 150 industry experts to join its 15 “prestigious employer-led groups” to advice on the development of apprenticeship standards.

The names of the 15 people who will lead these panels were announced in April.

The June adverts worried some in the sector over a lack of “joined up decisions”, as it emerged that these 15 panels would be separate from those being set up by the Department for Education to advise on T-levels – even though the routes are the same.

FE Week later learned that nobody had yet been appointed to the DfE’s panels – despite the roles being advertised in January.