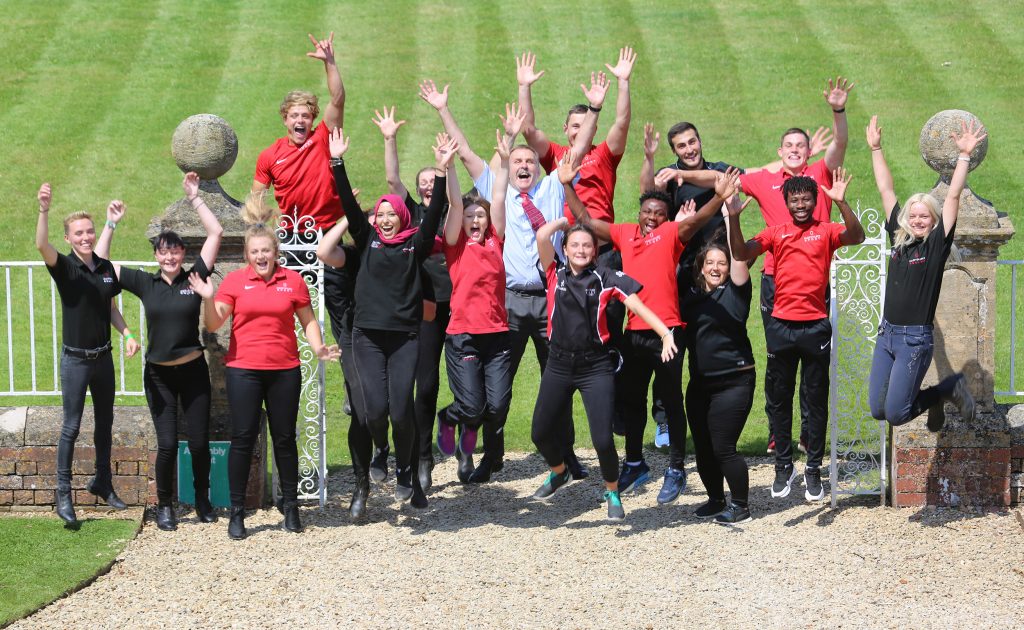 A college in Gloucester is only the second FE provider in the country to be granted powers by the Privy Council to develop and award its own honours and masters degrees.

Hartpury College follows in the footsteps of NCG (formerly Newcastle College Group), which was given the power to award taught degrees last June.

A number of other FE colleges can currently award foundation degrees, which are equivalent of two thirds of a full honours degree, but they have to have these developed, validated and awarded in partnership with an established university.

A spokesperson for the Higher Education Funding Council for England confirmed to FE Week that Hartpury and NCG are the only two FE colleges in the country to which the Privy Council has granted taught-degree awarding powers – allowing it to run its provision without any partner university.

Russell Marchant (pictured above centre), principal of Hartpury College and University Centre Hartpury, described the change as an “exciting step”.

“We are proud to be of the first specialist providers of education that’s recognised for its quality in this way,” he said.

“Gaining taught-degree awarding powers publicly stamps the integrity of what we do. We’ve worked hard to get this status and it is credit to all of our staff that we have achieved it.”

Hartpury is a land-based college and will receive over £1.3 million funding from HEFCE in 2017-18, the fifth highest of any college in the country.

Rosie Scott-Ward, the college’s vice-principal for higher education, said the ability to validate its own degrees means Hartpury can “respond quickly to market and student demands”.

“As a vocational provider with strong industry partnerships, this is paramount to forging clear progression routes through academic levels and to our students moving into strong careers when they graduate,” she said.

Gordon McKenzie, chief executive of GuildHE, a representative body for higher education in England, congratulated Hartpury on its new powers.

“This fantastic achievement is testament to their high standards and the quality of teaching,” he said. “Specialist institutions like Hartpury offer a great choice for students and strong links to the industries they serve. This success helps make UK higher education more diverse and stronger as a result.”