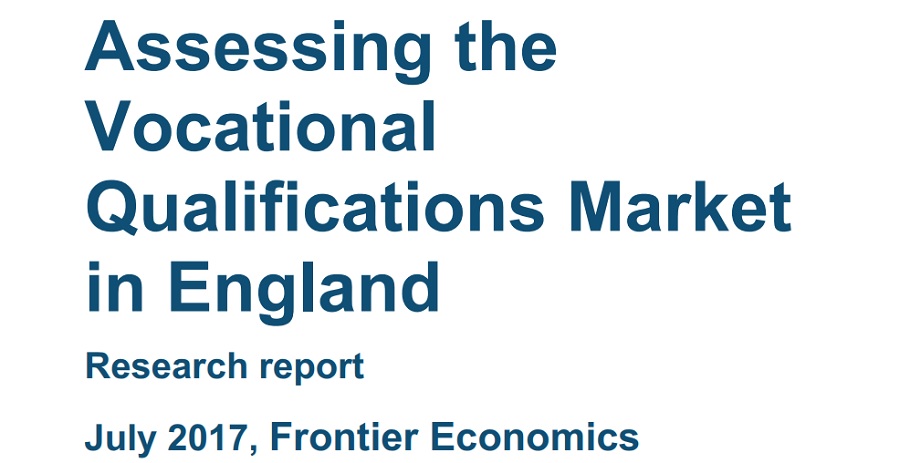 The T-levels crisis has deepened after a new report claimed Lord Sainsbury’s recommendation to have one awarding organisation per qualification would not be viable.

Research on the strengths and weaknesses of the vocational qualifications market in England was released this morning by the Department for Education.

In his review of technical education, which paved the way for the post-16 skills plan, Lord Sainsbury recommended that any technical qualification at levels two and three should be “offered and awarded by a single body or consortium, under a licence covering a fixed period of time following an open competition”.

In the skills plan, the then-skills minister Nick Boles said the DfE would “accept and implement all of the Sainsbury panel’s proposals”.

But today’s DfE report, conducted by Frontier Economics, concludes that limiting access to a single AO may create a “risk of system failure” both in the short- and long-term.

It warns that if a single AO fails, it may be that no alternative AO can step in.

Moreover, limiting access to a single AO could “reduce the competition for that route in the future”.

“Those AOs that do not successfully win the contract may not be able to viably continue offering services in the market until the contract is next awarded, leaving few or no credible alternative to existing licensees,” says the report.

As a result, mitigating actions to manage these risks must be considered alongside the reforms.

To avoid system failure, it suggests AOs operating in routes for which they have not tendered could be required to build “capacity” so they can be “called upon to step in to deliver assessment services should an AO fail in another route”.

Read more: Frontier Economics is right: the T-level tender approach is not viable

Today’s finding is the latest in a string of blows to the government’s flagship T-level plans.

According to the skills plan, the first two pathfinder routes are meant to be ready for teaching from September 2019 – but only if a number of increasingly challenging milestones are reached on time.

FE Week revealed on Tuesday (July 18), via a Freedom of Information request, that no-one had yet been appointed to the T-level advisory development panels that should have met for the first time four months ago, even though they will be instrumental in the development of the new qualifications.

FE Week also understands that the DfE’s consultation on developing T-levels had been due over the summer, but has been pushed back until the autumn.

Earlier this month, Ms Greening urged businesses to get behind T-levels during a speech to the British Chambers of Commerce.

But several major awarding bodies including City & Guilds have recently begged the government to rethink its “impossible” timetable, amid the growing evidence that plans are already running behind schedule.

Other important stages include procurement for the new technical qualifications, which is due to begin in October 2018.

The first two pathfinder qualifications are scheduled to be approved by February 2019, and teaching will supposedly begin that September.