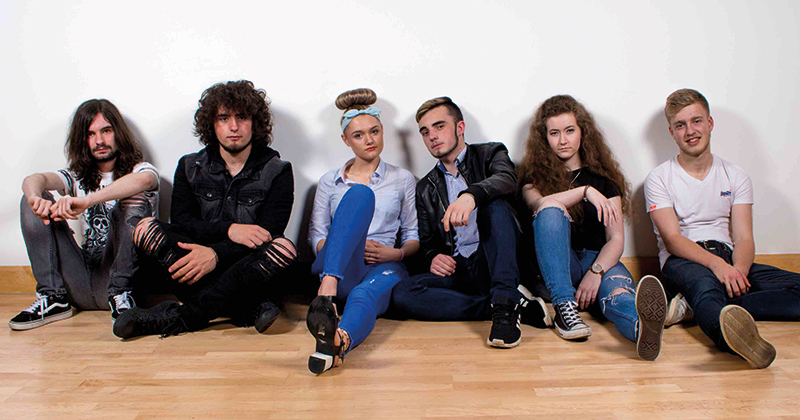 A band from Blackpool Sixth Form has won a national student music competition.

The group, called SIXX, is made up of six BTEC level three music students, and took the top spot in Pearson’s BTEC Awards ‘Showstoppers’ Challenge’ with their original rock ballad.

Applicants were required to submit a video performance of an original song, with entries judged by Pearson’s subject adviser for performing arts, Paul Webster, and the founder and director of talent agency Living the Dream, Zoe Jackson.

As their prize, the winning band – made up of students Liam McNaught, Will Plunkett, Chloe Moyle, Dan Chettoe, Leoni Jane Kennedy and Max Weilding – performed at Pearson’s BTEC Awards ceremony, at the Royal Horticultural Halls in Westminster.

Band member Leoni Jane Kennedy, who composed the song SIXX performed, said: “We are so excited to travel to London and perform at the national BTEC awards.

“To be chosen to entertain teachers, students, performers and professionals from all over England is such a great honour. We just couldn’t wait to take to the stage.”