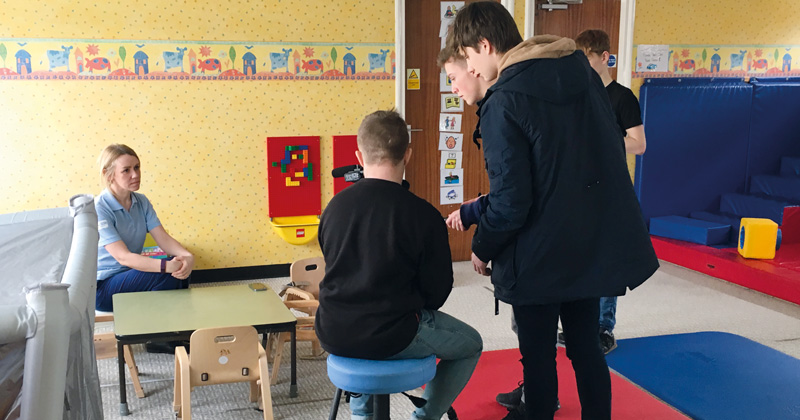 A team of media students have created a series of short films for a local hospital to promote the roles of therapy staff.

The nine students from Craven College in North Yorkshire shot the films to help their local Airedale Hospital attract new employees to roles such as occupational therapists, physiotherapists and speech and language therapists.

The series of films feature interviews with staff and trainee therapists explaining their day-to-day roles, and what attracted them to their chosen careers.

The films premiered at Airedale for an audience of college and hospital staff.

Ian Hargreaves from the Medical Directors Unit at the Airedale NHS Foundation Trust said: “We had always traditionally thought of supporting the college’s health care students, but this time we needed some professional help from the media students.

“We gave them free rein to use all their creative skills to design and produce some videos that would appeal to a younger audience of newly qualified therapists. We are delighted with the end result.”