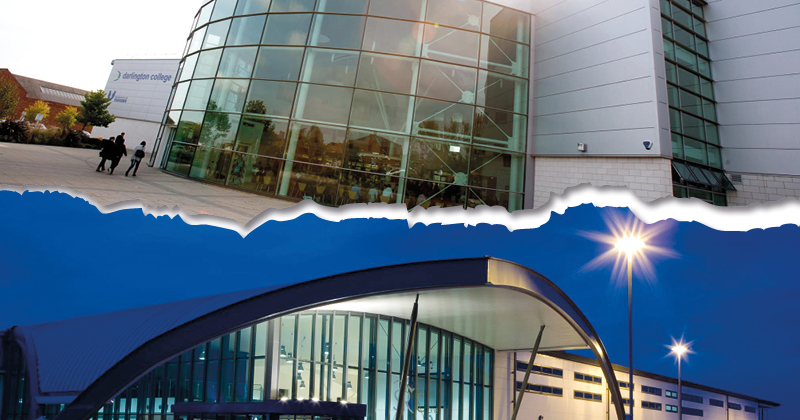 Yet another merger recommended in the area reviews has collapsed, as a planned link-up between two colleges in the north-east became the twelfth to be called off.

The news that Stockton Riverside College and Darlington College’s partnership was off the cards emerged this week, more than a year after it was first proposed in the Tees Valley area review.

Mark White, Stockton Riverside’s chair of governors, and Pat Howarth, the Darlington chair, said in a joint statement that the decision had been taken after “careful consideration and detailed discussions”.

“Both Darlington and Stockton Riverside College remain committed to working together, exploring collaboration and potential future partnership activity,” it said.

“But we feel the risk of a full merger at this point in time outweighs the potential benefits to students, stakeholders and staff.”

There’s an ongoing dispute between Darlington and its staff over potential pay cuts, which could see lecturers’ pay – but allegedly not that of the principal or senior managers – slashed by up to 10 per cent.

Members of the University and College Union had been planning to protest on June 21 over the proposals, but the demonstration was called off at the last minute, after the college agreed to new talks.

Both Darlington and Stockton Riverside College remain committed to working together

The cuts were said to be due to “real financial challenges” being faced by the college, which are understood to have come to a head as a result of the merger.

Both colleges are currently rated ‘good’ by Ofsted, and theirs was one of three mergers proposed in the Tees Valley review, which ended in May 2016.

According to the report into the review, published in November, the merger would “improve the long-term financial sustainability” of the two colleges, and was “an opportunity to expand provision and to grow apprenticeship provision”.

It’s also the second of the three Tees Valley mergers to have fallen apart.

Hartlepool College and Hartlepool Sixth Form College had been set to join forces, until the SFC announced in March that it intended to join Sunderland College instead.

Other failed mergers include Bury College dropping out of a three-way link-up with the University of Bolton and Bolton College in April.

And FE Week reported in February that another Manchester merger involving Stockport, Oldham and Tameside College had been called off following intervention by the FE commissioner Richard Atkins.

Meanwhile, Tresham College and Bedford College have announced plans to merge this summer.

The pair, which both took part in the south-east Midlands review, part of the fifth wave of the reviews, will form the Bedford College Group.

Bedford College was rated ‘good’ at its most recent Ofsted inspection in March 2014, while Tresham College received a grade four after it was inspected in June 2016.

Ian Pryce CBE, the current Bedford College principal, will take over as principal of the new group, while Ioan Morgan CBE, interim principal at Tresham College, will retire.

Mr Pryce said the merger would bring a number of benefits, including expanding provision and protecting jobs at the two colleges.

“We are committed to the communities of Corby, Kettering and Wellingborough as well as Bedfordshire and we plan to grow provision in all areas,” he said.

“The enthusiastic response we have had from employers, local councils, staff and students shows the community has the same ambition as us and that support will help enormously,” he added.