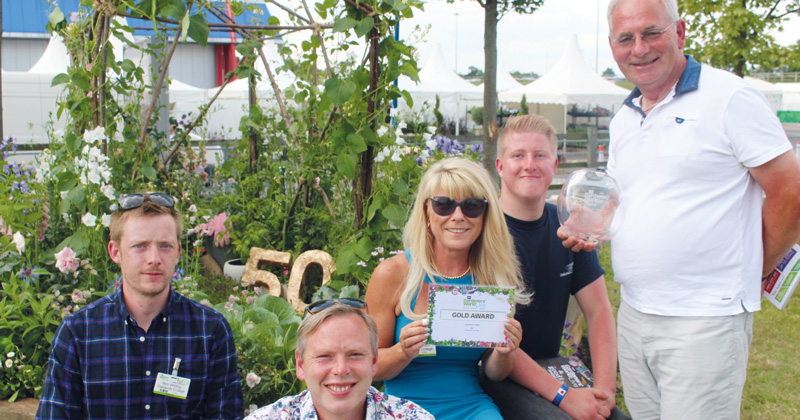 A team of students and staff from Oaklands College have won gold for their garden design at BBC Gardeners’ World Live.

The team from Hertfordshire took one of just three golds available in the ‘Beautiful Borders’ category, which recognises new and emerging talent within the industry.

Their design, called Garden Eden, included species of plants that were sown, grown and nurtured at the college’s St Albans Campus, and woven around a willow frame centrepiece. Judges also praised the garden for its nod to presenter Monty Don, with wooden versions of his dogs hidden in the foliage.

The group, made up of tutors and students from the level three landscape construction and garden design course, also received an award for the best interpretation of the theme, which was this year based around the show’s 50th anniversary.

It was the first time the college has entered the annual event, with plans to enter more frequently following their success.

Tee Robertson, the college’s landscape construction and garden design coordinator, said: “To be at the show alongside other budding horticulture enthusiasts, colleges and fresh industry talent and be able to sing about our successes is fantastic.

“It’s been an incredible first foray in to Gardeners World Live.”

Main photo: Tee Robertson (centre) and the team with the award