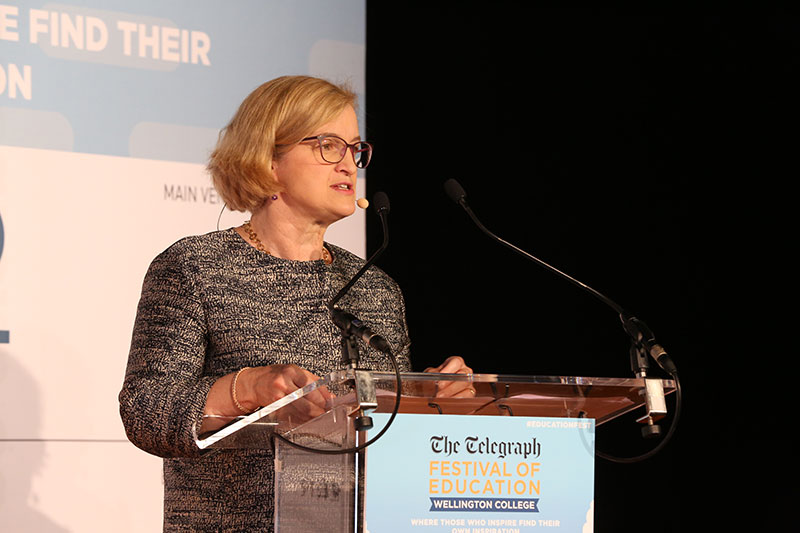 Ofsted’s chief inspector has reiterated the “real challenge” faced by the education watchdog following the influx of new training providers who deliver apprenticeships.

Amanda Spielman described the issue as a “big problem” during an interview with Laura McInerney, the editor of FE Week’s sister paper Schools Week, at the Festival of Education and Skills today.

But she also revealed that she doesn’t expect the inspectorate to need more resource to deal with the issue, saying she will retain the same number of employees to work in the post-16 system.

Published initially in March, the Register of Apprenticeship Training Providers included 1,473 organisations who were given the green light to deliver apprenticeships from May and therefore were in scope for inspection from Ofsted. RoATP was then updated in May, adding 421 providers. The register now sits at 1,894 providers who could be inspected.

After being asked how the inspectorate is coping with the new providers, Ms Spielman said: “First of all my expectation is that some of those will never actually translate into actual provision.

“But as you can imagine it is something that we have got live discussions with government about to make sure that we have [enough resource] and understand where the apprentices are actually being trained to make sure we prioritise the places where there are significant numbers.”

She went on to say that FE Week editor, Nick Linford, has “picked us [Ofsted] up in the past” for inspecting small providers, “but the way the data is held in the system can make it remarkably difficult to be sure that we are going to the places where big numbers are being trained,” she added.

“So there is a real challenge. We have got some unpredictable movements in where the apprentices are over the next couple of years so we will be doing our best to make sure that we track and put our inspection resource into the right places.”

Ms McInerney then asked if as a result of the scale of these new providers, there is a risk that money or staff will have to come over from Ofsted school inspectors to deal with the influx, or if the inspectorate would get more resource to deal with the issue separately.

“Well there are the same number of bodies in the post-16 system so in the first instance it is thinking about how to allocate it to make sure we are putting the effort where people are,” Ms Spielman said. Ms McInerney pressed the chief inspector to clarify whether this meant any more resource would be needed, but she replied: “I’m not making any assumptions in the current environment about resources.”

Ms Spielman’s speech today follows an interview with Mr Linford in March where she first revealed her concern about coping with the scale of RoATP.

Later that month at FE Week’s Annual Apprenticeship Conference the outgoing boss of the Education and Skills Funding Agency, Peter Lauener, admitted there had been no modelling done by the agency to predict how many providers will eventually end up on the register.

The register now sits at 1,894 providers who could be inspected.

Responses to Nelly B.