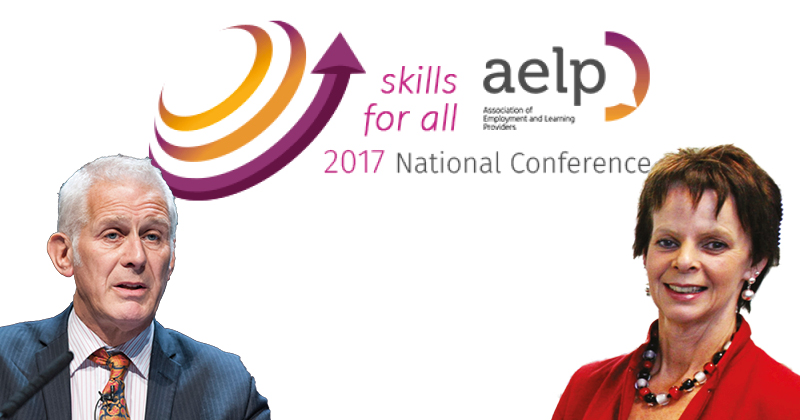 The first major speech delivered to the sector by the new skills minister will be at the Association of Employment and Learning Providers conference next week.

Anne Milton has still not been officially confirmed as Robert Halfon’s replacement for apprenticeships and skills minister by the Department for Education, as it is still determining details of the ministerial briefs.

However, FE Week understands she had begun meetings with FE and skills sector figures and AELP confirmed that she will be speaking on day one of their conference at 10.30am.

Gordon Marsden, who held the role of shadow skills minister up to the general election on June 8, will also speak at the event.

FE Week expects Mr Marsden to return to the role, which he previously held from 2015-17 and 2010-13, but this again has yet to be confirmed by the Labour party.

Other speakers and panel members confirmed for the conference so far include AELP’s chairman Martin Dunford and chief executive Mark Dawe, and Keith Smith, director of funding and programmes at the Education and Skills Funding Agency.

Peter Lauener, chief executive of the Education and Skills Funding Agency and the Institute for Apprenticeships; David Hill and Carl Creswell, two senior DfE officials; and Shakira Martin, president elect of the National Union of Students, will also appear on the first day of the event, which will run from June 26 to 27.

Day two will bring Paul Joyce, deputy director for further education and skills at Ofsted; Sam Parrett, principal of London South East Colleges; David Russell, chief executive of The Education and Training Foundation; and Richard Guy, strategic adviser for the Institute for Apprenticeships, among others.

Our very own FE Week editor Nick Linford will also speak on the topic of the Funding Apprenticeships Systems tool for employers and providers.

The conference will be chaired by BBC News correspondent Reeta Chakrabarti.

Apprenticeship reform will undoubtedly be a hot topic at the conference this year, with the event scheduled just two months after the changes went live in April.

FE Week is media partner and for the sixth year and we will be producing a supplement with coverage from the first day, sponsored by NCFE. This will be distributed for lucky delegates to browse at the prestigious gala dinner as usual.

Speaking to FE Week ahead of the conference, Mr Dawe said: “We’re really delighted that the minister has agreed to speak at the AELP national conference as one of her first official engagements.

“She will find a hall full of delegates who are an enthusiastic ‘national salesforce for apprenticeships’ eager to deliver three million quality apprenticeships in line with the government’s commitment.

“Delegates will be keen to provide simple solutions to transitional problems to ensure the policy is a long term success.”

He added: “The conference will discuss how exciting new standards are being developed including ones for nursing, the minister’s former profession.

We hope that the packed event will confirm that improved productivity and social mobility will remain the watchwords for the government’ skills programmes as Britain prepares for Brexit and an increasing need to develop its own home-grown talent.”