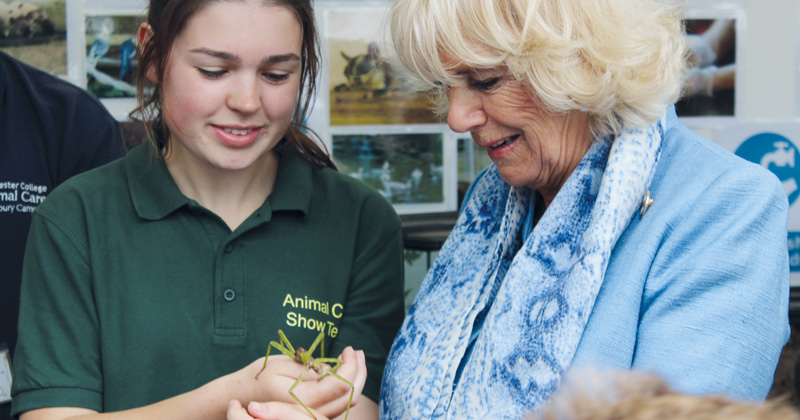 A stick insect from Chichester College met the Duchess of Cornwall at the recent South of England Show.

The annual event, which celebrates British agriculture and the countryside, was hosted by the Duchess this year, while the college had its own stall to showcase the work of staff and students to visitors.

The stick insect, brought along by animal care students for guests to interact with, attracted the Duchess as she went around the site meeting stallholders.

As well as handling the insect, the Duchess also received a handmade copper rose as a gift from the college’s forge, which had been made by two blacksmithing students that morning.

College principal Shelagh Legrave OBE said: “Her Royal Highness was very interested in all that we have to offer at Brinsbury [part of Chichester College], particularly the ducks and insects. It was a lovely surprise for us to meet the Duchess and a pleasure to speak to her.”

This year marked the 50th anniversary of the show, which is held in West Sussex.