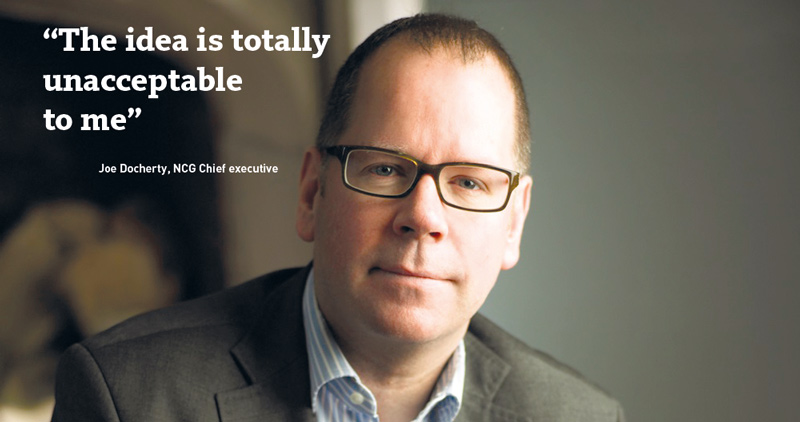 A senior manager at the country’s biggest college group was somehow permitted to interview and appoint her own husband to another top post, in a situation that a judge described as being “quite extraordinary”.

Deni Chambers, the director of creative and digital industries at NCG, formed a panel with just one other colleague to award her partner Simon Chambers the job of head of art and design at Newcastle College last year.

At an employment tribunal in North Shields in February, judge A M Buchanan said: “I find it quite extraordinary that an organisation of the size of the respondent dealing with a redundancy process should ever contemplate allowing a spouse to sit on an appointment panel where her spouse was an applicant whether the spouse was the only candidate for the post or not.”

Even Joe Docherty, NCG’s own chief executive, blasted his own organisation for the appointment, saying: “As soon as I was made aware of this situation actions were taken to ensure it cannot happen again.”

The judge said that it had been “equally extraordinary” that Ms Chambers and her colleague, the group’s HR chief Lynne Griffin, had tried “to argue that there was nothing wrong in that process”, demonstrating “at best remarkable naivety”.

Mr Docherty told FE Week that “the idea of a candidate for a job anywhere in NCG being interviewed by their spouse is totally unacceptable to me” and that the state of affairs “goes against all our values, especially our drive to increase openness, honesty and accountability in our everyday actions”.

The tribunal – which was first reported on in Private Eye magazine – was brought about by Pitra McNeill, a former operations manager at Newcastle College, who had worked there for just over three years.

Ms McNeill was told that her post would be discontinued in July 2014, and was then appointed as section manager for adult and community learning, despite neither applying nor interviewing for the role.

Although she “carried out her duties efficiently”, a restructure of the college took place in 2016 and Ms McNeill was forced to reapply for employment, putting in applications for six different positions.

According to the tribunal’s decision, she had concerns that “the interviewing and appointment process within the college was not open and transparent but enabled interviewers to appoint favoured candidates and in some cases their family and friends”.

After a complex process of applications and interviews, during which she raised her concerns via a “confidential whistleblowing request” with HR, Ms McNeill was told she was to leave the organisation last July and receive a redundancy payment.

She appealed this decision by letter, referring to the appointment of Mr Chambers by his wife, and stating that NCG, which encompasses five colleges and two national training providers, had not made “a reasonable attempt at finding suitable alternative work” for her.

She was interviewed again, but she remained unsuccessful and turned to the employment tribunal.

The judge concluded that “no reasonable employer of the size and administrative resources of the respondent [NCG] would have acted as the respondent did in respect of the search for alternative employment”, adding that the group had “failed to make every effort to find such employment and breached its own policy”.

He decided that although Ms McNeill had not been dismissed specifically due to her whistleblowing on the dodgy appointment, “the claim of ordinary unfair dismissal is well founded and the claimant is entitled to a remedy”.

FE Week understands that further college redundancies were discussed with staff on our press day, but NCG would neither confirm this nor deny it.