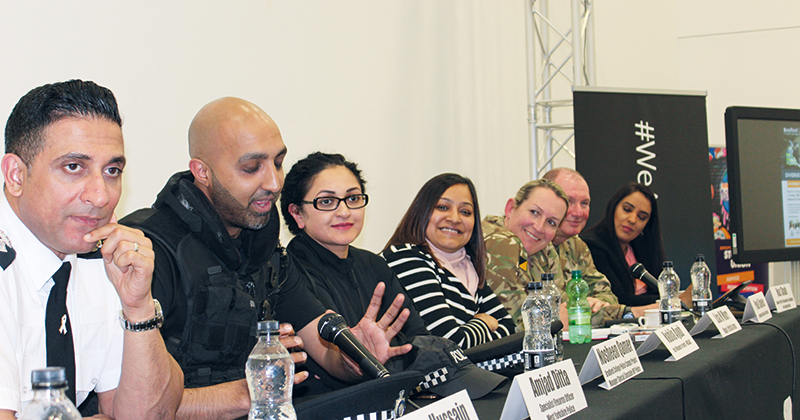 Representatives from the world of policing, politics, education and the armed forces visited Bradford College for a discussion about diversity in the public sector.

The chief superintendent of West Yorkshire, Mabs Hussain, lieutenant colonel Paul Davies of the British Army and Naz Shah, Labour’s parliamentary candidate for Bradford West, were among the panel that spoke to students considering pursuing a career in the uniformed services.

As well as addressing the need for the public services to have the trust of the people they serve, the panel discussed the importance of having staff that reflect the diversity of the population.

PC Amjad Ditta, a specialist firearms officer with West Yorkshire Police and its positive action co-ordinator, was also on the panel, and explained how he encourages underrepresented groups to apply to join.

“The event was to inspire and motivate our public services students and above all to empower them to make the right choices when it comes to career prospects,” said Lenka Kaur, the inclusion and diversity coordinator at the college.

“It was an amazing opportunity for our students to listen to and engage with such positive role models.”