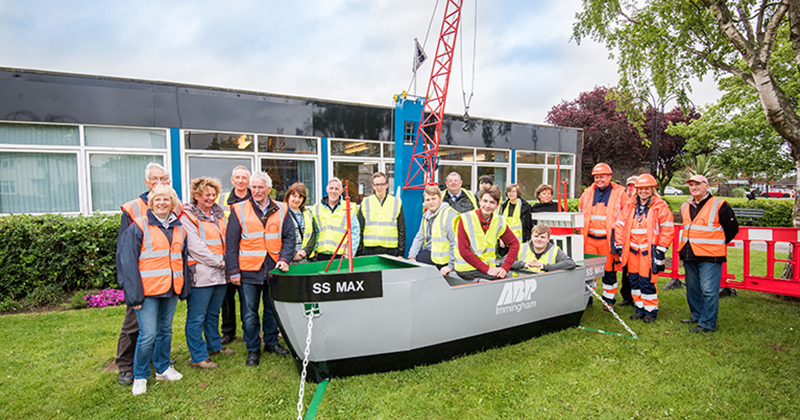 A team of 25 students from Goole College have created a ship-shaped plant pot for a small Yorkshire town’s entry into the Britain in Bloom contest.

The welding and fabrication students were commissioned to make the ship and its accompanying crane by Associated British Ports, for Immingham town council’s entry into the national horticulture competition.

The ship will house flowers and hanging displays, and represents Associated British Ports’ contribution to the local economy.

William John Woods, 16, said: “I began working on the bow and the stern of the boat and it’s been great to see it expand from there. It is a good feeling to know that this will be a permanent fixture in the town.”

Launched in 1963, the Britain in Bloom competition encourages communities to work together to transform communal spaces in their local area, and attracts around 3,000 groups of applicants each year.

Goole College Welding tutor Mick Grundy added: “From start to finish – including the drawings – the project has taken around 120 hours of work.

The challenge was to ensure that every student involved was given an important task.”