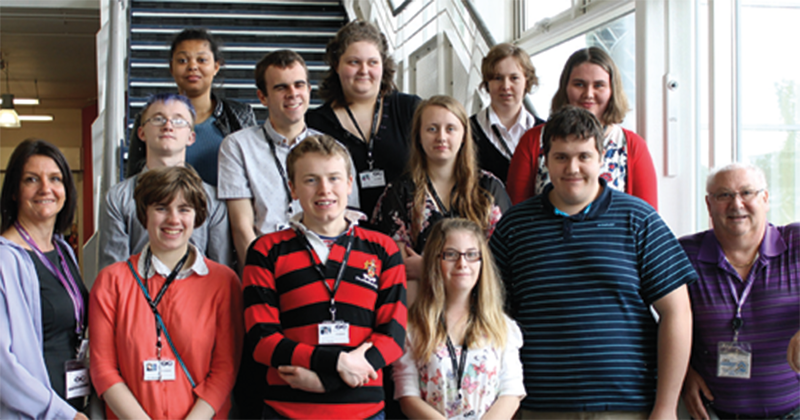 A government drive to help young people with learning difficulties and disabilities prepare for the world of work is making “patchy” progress, despite plans to make it universal.

So-called ‘supported internships’ were first introduced through a pilot in autumn 2012 with 15 FE colleges.

They are unpaid study programmes for 16- to 24-year-olds lasting around a year, based primarily at an employer and involving on-the-job training, backed by expert job coaches and complementary college-based learning.

In the July 2016 post-16 skills plan, the government declared that “all young people with education, health and care (EHC) plans should undertake a supported internship” unless they have “good reasons not to”.

But the latest statistics released by the Department for Education show that a total of just 715 young people with statements of special educational needs and EHC plans were on a supported internship in January this year.

Overall, there were 65,742 16- to 25-year-olds with statements of special educational needs and EHC plans in England that month.

FE Week spoke to some of the organisations involved with supported internship courses to hear more about the scheme’s progress.

A spokesperson for Remploy, which provides employment placement services for disabled people, said supported internships are “a vital tool” in helping transition from education into employment.

Uptake remains patchy due to short-term funding and a lack of awareness among some colleges, local authorities and employers

However, uptake “remains patchy due to short-term funding and a lack of awareness among some colleges, local authorities and employers”.

Remploy is in the third year of a partnership with Gloucestershire College and Premier Inn to provide a supported internship programme which has been described as “highly effective” by Ofsted.

The college’s foundation studies school leader Maggie McCarthy said: “Many of these young people have great skills to offer employers, evidenced by the number who have successfully gained permanent jobs as a direct result of their participation in the programme.

“Our learners’ skills and potential may never have been identified without this opportunity.”

The college reported in February that of the 12 young people who took part in the its first supported internship scheme, eight have since secured employment.

The programme was expanded in 2016/17 to include 33 interns across three colleges, who are carrying out internships at 16 employers.
Supported internships are also doing well in west London.

Luke Ward, head of growth employment and skills at the West London Alliance, a partnership between seven west London local authorities, said growth had been “rapid” in comparison with other parts of the UK.

David Hughes, the chief executive of the Association of Colleges, said that although many colleges were working with employers to provide “life-changing” supported internships, for the scheme to be fully effective “colleges and employers need to be supported appropriately”.

Mark Dawe, AELP’s chief executive, said: “Although the volumes have been limited, they have been very effective in transforming the lives of young people.”

Mark Capper, head of employment at learning disability charity Mencap, agreed that there had been “slow growth” with supported internships.

“We know more needs to be done to ensure these opportunities are available,” he said. “Without these, people with a learning disability are being pushed even further from a labour market that already excludes them.”

The Department for Education declined to comment, blaming restrictions on communications ahead of the general election.