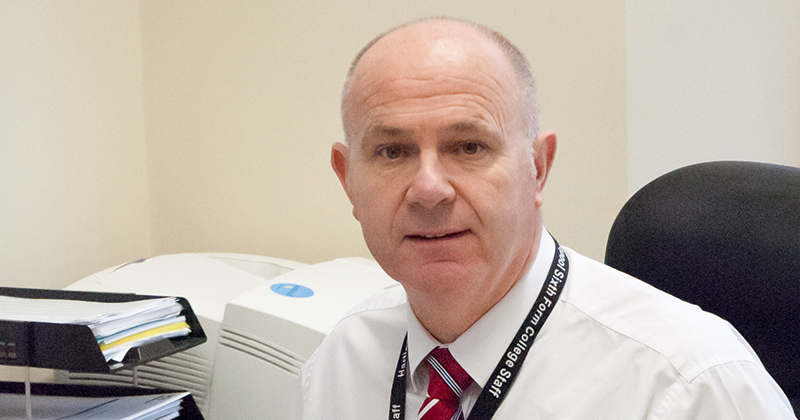 The surprise resignation of Bolton Sixth Form College’s principal has been confirmed this morning to FE Week, three days after it was reported he had been suspended.

Alex Fau Goodwin only took over as principal at Bolton in July 2016, following the retirement of former leader Steve Wetton.

But the Bolton News reported last week that he had been suspended.

The college initially refused to confirm or deny that this was true to FE Week, but it just emailed over a comment confirming his permanent departure.

A spokesperson said: “Alex Fau-Goodwin has resigned from his position as principal of Bolton Sixth Form College. The college wishes Alex every success in the future.”

She added Stuart Merrills has been appointed acting principal.

His suspension, which is reported to have taken effect “last Friday”, is understood to be related to his management of the college rather than financial matters, according to a story in the Bolton News.

The SFC was rated good overall at its most recent Ofsted inspection in February 2014.

Prior to his move to Bolton, Mr Fau Goodwin led Hartlepool SFC from September 2014 until July 2016.

He oversaw the college’s rise from an inadequate Ofsted rating handed out just two months after his arrival in November 2014, to a subsequent good rating in February 2016.

But the SFC was hit with a financial notice to improve by the Department for Education within months of Mr Fau Goodwin’s departure, and subsequently visited by the SFC commissioner Peter Mucklow in March.

His report, published in April, said the SFC’s financial difficulties began at the time of the inadequate rating in 2014, and the college had taken “insufficient action in relation to recommendations made” during his previous visit in February 2015.