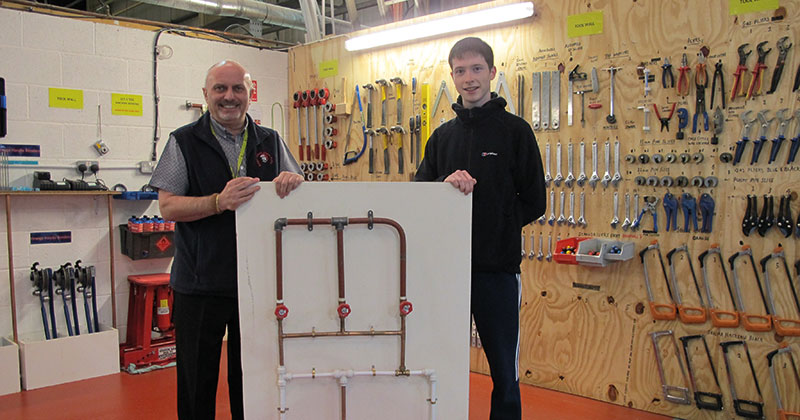 A plumbing student has been crowned the winner of a skills competition in the north-east.

The challenge was taken on both by Josh and his fellow EDC student, Kyle McCullough, also 17, who competed with students from the nearby Bishop Auckland College.

The competition was part of a series of inter-college challenges in the region taking place throughout the year, which challenge different vocational disciplines in an effort to build students’ practical skills and increase their confidence.

“It was a very close-fought contest with only two points separating them all, but Josh emerged as the winner, being the only competitor to achieve a fully watertight pipe circuit,” said Lecturer Tim Beasley.

“Congratulations to Josh, and everyone should be very proud of their performances. They are an absolute credit to their respective colleges.”