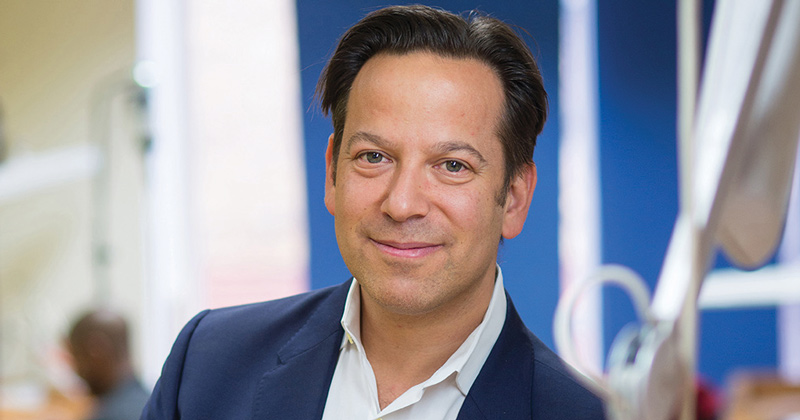 The government’s small business apprenticeship ambassador will “continue to beat the drum” over fears that limited access to funding will drive SMEs away.

Jason Holt spoke exclusively to FE Week after the devastating impact of last week’s “derisory” funding allocations for providers delivering apprenticeships to small employers between May and December became clear.

The announcement, made on April 25, followed a decision to pause the £440 million procurement process for employers not subject to the levy, in part because it was massively oversubscribed.

It provoked widespread fears for the future of apprenticeship engagement; 98 per cent of employers will not pay the levy, which only applies to businesses with a payroll of more than £3 million.

Mr Holt, who has been government apprenticeship ambassador for small business since 2013, told FE Week: “I am grateful to FE Week for raising the issue, and I can promise I will continue to beat the drum of SMEs once the new government is formed.”

Five years ago, he led a review on behalf of the government into how more SMEs could be encouraged to take on apprentices.

“It would clearly be an issue if non-levy payers did not have necessary access to high-quality apprenticeship delivery,” he said. “I know senior officials would want to work hard to resolve them in consultation with the sector.

“As chair of the Apprenticeship Stakeholder Board for past two years, I personally have been impressed with just how responsive officials have been to stakeholder feedback and concerns. I have every confidence they will address any issue swiftly.”

The Federation of Small Businesses’ national chairman Mike Cherry meanwhile warned that small businesses should have a key role in helping hit the government’s target of three million starts between 2015 and 2020, and claimed it was now being dangerously undermined.

“We want to see high-quality provision rolled out across England in the foreseeable future, and we are concerned at how this could be impacted by recent reports on funding allocations,” he said.

“We are keen to engage constructively with the government, to clarify the position as soon as possible, to provide reassurance to small employers with apprentices, and those that are thinking about taking on their very first one.”

He added that the FSB was “seeking to clarify” the situation with ministers and civil servants “as soon as possible”.

The Confederation of British Industry also warned employers had been “clear from the outset that for the apprenticeship levy to be effective, it needs to create a stable market for skills, encouraging investment from employers and providers alike”.

Its spokeswoman added that the outcry, led by Association of Employment and Learning Providers boss Mark Dawe, who described the allocations situation as a “horror show”, underlines “issues we previously raised about implementing a major reform on tight timescale”.

“We have called on whoever the next government is to treat the next two years as a transition and deal with matters like these quickly,” she added.