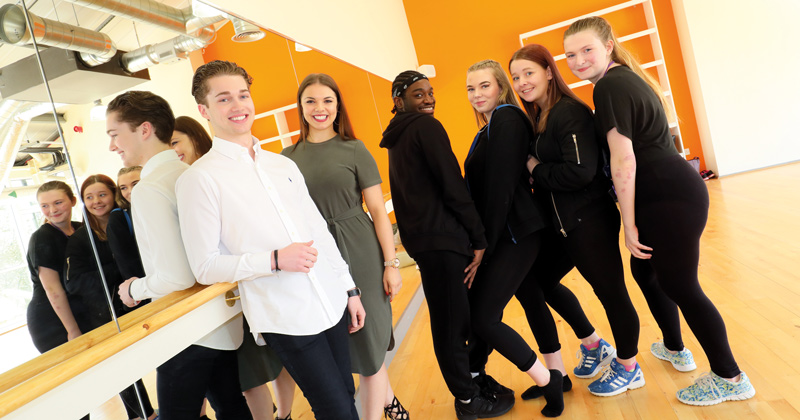 The dancing duo – who are national and European Latin dance champions and regularly appear on the BBC show – took part in a question and answer session with performing arts students during the launch event.

Speaking of the college’s new facilities, dancer AJ said “The studios are fantastic.  Everyone has to start somewhere, so the more knowledge these students gain the more power they have to achieve their goals.

“I love how these students are involved in other things on top of their college courses.  Belonging to dance groups, taking part in events and appearing in productions at different theatres will help them go as far as possible in their careers.”

BMet Principal, Andrew Cleaves said “Stage Studios give our students the creative freedom and motivation to develop their skills and perform at their very best.”