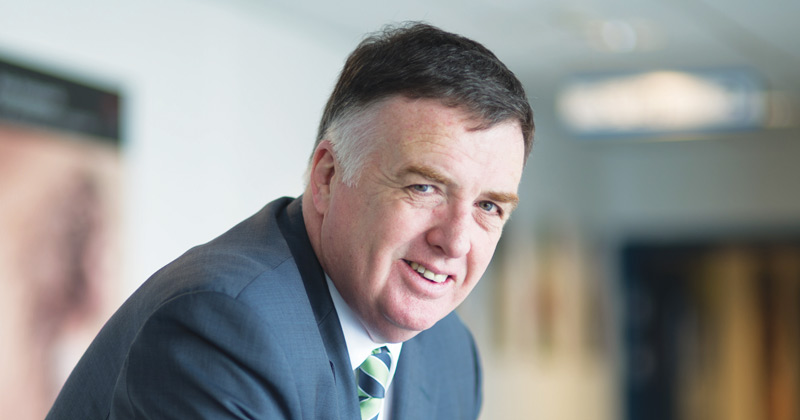 Concerns about the “strain” on a leadership team running two colleges simultaneously – one of which is deeply troubled – have been raised by the FE Commissioner, in one of three reports.

Richard Atkins and his team visited Huntingdonshire Regional College in January, following an inadequate Ofsted grade in October – with the report now published.

The college is currently being run by senior leaders from Cambridge Regional College ahead of a merger between the two, planned for August.

Mr Atkins’ report noted that “the strain on the capacity of the senior leadership team to undertake the triple challenge of sustaining quality AND financial improvement at Huntingdonshire Regional College at the same time as progressing a merger cannot be overstated”.

Cambridge Regional College’s senior leadership team took over at Huntingdonshire in November to lead on the merger between the two colleges, Mr Atkins’ report said.

“Accelerating the formal merger process” was his key recommendation for the college, despite his concerns over the dual leadership.

The report noted that, in addition to the damning Ofsted verdict, the college was also facing significant financial challenges.

It said the college’s current financial plans “do not provide a reliable basis on which to sustain an independent college”, and it was also found to have been propping up a “rapid decline in income” with “substantial sub-contracted activity”.

A spokesperson for the college insisted that “the current arrangements are working well” and that “quality is already improving” with “clear plans in place to improve the financial performance of the college”.

This included a move away from “subcontracting arrangements to increased levels of direct delivery”, he added.

Meanwhile, a report into the FE Commissioner’s intervention Stratford-upon-Avon College noted the urgent need for a merger – and that the entire board could step down.

That visit, which took place in March, was prompted by the college being hit with a financial notice of concern from the Skills Funding Agency at the end of February.

As previously reported by FE Week, Stratford upon Avon College had been forced to turn to the SFA for a bail out after Lloyds Bank refused to provide it temporary financial support.

Its precarious financial position meant the college’s only option was to pursue a merger – a view backed up by Mr Atkins in his report.

“A recovery plan on its own is unlikely to restore the college to a financially sustainable position,” the report said.

Stratford chair Lord Digby Jones has previously said he would step down once a partner had been found for the troubled college, but Mr Atkins’ report indicated the resignations could be more widespread.

“They [governors] stated to us they would all be prepared to stand down” once a “merger solution” had been found, it said.

A spokesperson said the college “fully accepted” the recommendations, and it had “formally commenced the process of securing a merger partner” with the aim of a “chosen partner being identified before the end of May”.

He added: “Whilst individual governors are willing to stand down, including the chairman, we believe it important that the governing body of the merged college understands and embraces the unique character of Stratford-upon-Avon”.

Leaders at Essex County Council’s Adult and Community Learning Service were also commended for taking “immediate action” after a grade four Ofsted rating in December, in a report based on a visit in February.

A council spokesperson said: “A great deal of work is underway following the findings of the Ofsted report and we are pleased to see that the FE Commissioner has noted the improvements that have already been achieved.

“We will continue to work to improve the service and welcome this report and its recommendations.”