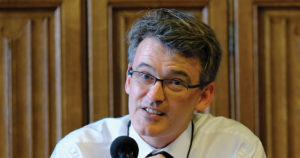 A long-term pause on the first ever procurement process for adult education budget contracts has been called for – after FE Week learned it’s now unlikely any tendering results will be published before the general election.

FE Week then reported in January that the resulting first ever procurement process for such contracts for ITPs, had finally been launched by the Skills Funding Agency – with original government guidance stating that notification of the tender results would be on May 19.

We asked DfE for confirmation of when these would be revealed when that deadline passed, and were told that at the present time they do not know if it will be delayed beyond the snap June 8 general election called last week by Prime Minister Theresa May, but think it “likely”.

After learning of this, Association of Employment and Learning Providers’ boss Mark Dawe told FE Week: “If there is a delay on the procurement outcome, it will put more pressure on ITPs when the colleges have already got their allocations.

“The ESFA have just set a precedent for placing a pause on the non-levy apprenticeship procurement, so why not set aside the AEB ITT for a year and give ITPs an allocation for the year 2017/18 essentially based on what they had before?”

The Education and Skills Funding Agency announced on April 12, that the decision over non-levy funding allocations had been be paused, to allow more time for the situation to be reviewed.

This was followed by more government guidance on this last week explaining how “to maintain stability through the transitional period, we will continue to apply current subcontracting rules to the delivery of new starts to non-levy-paying employers through to December 2017”.

The latest request for a pause, this time on the non-levy apprenticeship procurement after the procurement results delay caused by election purdah, comes after the Skills Funding Agency first wrote to ITPs on the issue in October.

It said that changes to contracting regulations, which came into force that February, meant that the SFA could no longer automatically renew contracts when they ended and instead would have to “procure future training provision”.

We subsequently exclusively revealed in early January that education secretary Justine Greening had given the ministerial green light for the first ever procurement process for AEB contracts to begin within days.

But only around £250 million of the budget is up for grabs through the tendering process.

This is because colleges, local authorities and universities – which contract with the SFA through a grant funding agreement – have not been affected by the changes and will not have to tender.

Purdah refers, in the above case, to limitations set on civil service work in the build-up to general elections, due to the importance of it being seen to have no party affiliations.