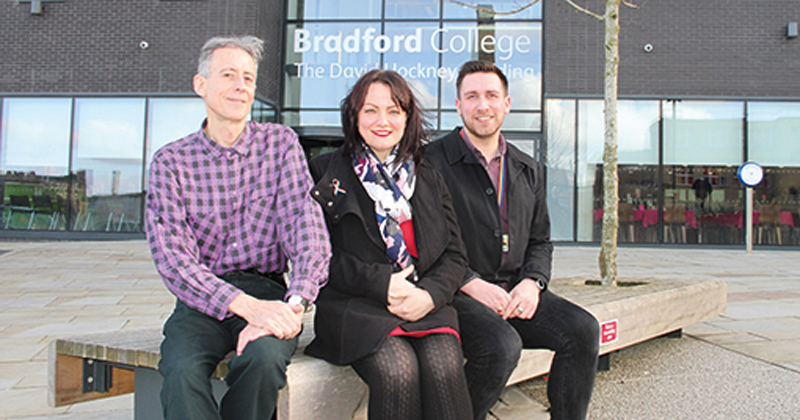 Human rights campaigner Peter Tatchell paid a visit to Bradford College last week to talk to students about the 50 years he has spent campaigning for LGBT rights.

The 65-year-old recounted tales of his activism over the last half century, including being the 300 violent assaults he has sustained from anti-gay and far-right extremists.

Tatchell maintained that “queer freedom is an unstoppable global force” despite citing figures which show that “73 out of 193 countries still criminalise same-sex relations” during his talk.

He appeared as part of Human Rights Day, and this was actually the second time he has paid a visit to the west Yorkshire college.

Speaking of the event, Tatchell – who runs a human rights organisation  called the Peter Tatchell Foundation, said: “There were lots of great questions. We have made great progress in Britain on LGBT human rights, but there’s still more work to be done to tackle bullying and hate crime.

“Bradford is a great multicultural city but there are still communities where LGBT people are not understood and accepted.”

Lenka Kaur, the inclusion and diversity coordinator at the college, added: “Peter is one of the key human rights activists in the world so it was a great pleasure to have him come to address our students on the subject of LGBT rights and the battle for equality.”