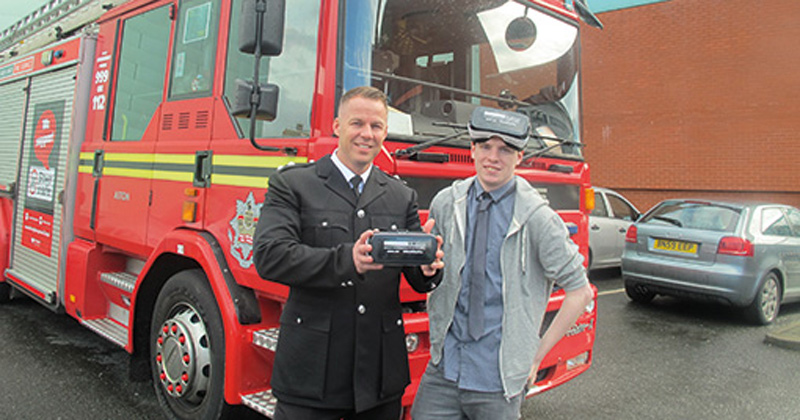 A Walsall College student has become the face of road safety after appearing in a promotional virtual reality film created by the West Midlands Fire Service.

The seven-minute video will be used to educate young people in colleges and universities across the west Midlands about driving safely.

Dean Webb, a 20-year-old level three performing arts student, spent two days working in various locations across the Black Country to film the video, which has been shot from the driver’s perspective.

Following a group of friends on their journey to a party, the film – which can even be watched through a virtual reality headset – provides a 360-degree immersive experience, and poses decisions for the viewer to make. The choices they make will determine which scenario they end up in.

Dean said: “I really enjoyed being involved in the filming as it’s been a great experience.

“We do a lot of shows at college but this is the first time I’ve worked for a client with a real script.

“Filming the video gave me an insight into what it’s like for real actors in the industry and has made me want to become an actor even more.”