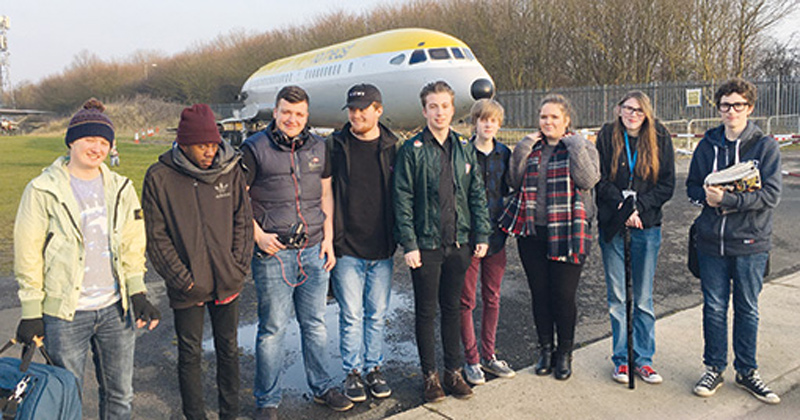 A group of media students from East Durham College have used a rare passenger plane as the location for several of their horror film projects.

The 14 students, all studying their technical level three diploma in media, paid a visit to the last complete Hawker Siddeley Trident 1C passenger plane left in the world, and used it as the backdrop for their shoot.

The former BA aircraft was moved from Heathrow airport to Durham Tees Valley in 1983 when it left service, before it was brought to its current home at the North East Land, Sea and Air Museum in 2011.

Amanda Gregory, the head of department said: “They are each making a horror film, and working on a green screen was distracting from what was happening later in the film. Having explored different effects, they decided to do it in a real environment.

“This is the only plane of its kind still in existence and the footage was incredible.”

The final results will be seen when the films – covering every aspect of the genre from monster movies to zombies – are completed as part of the course.