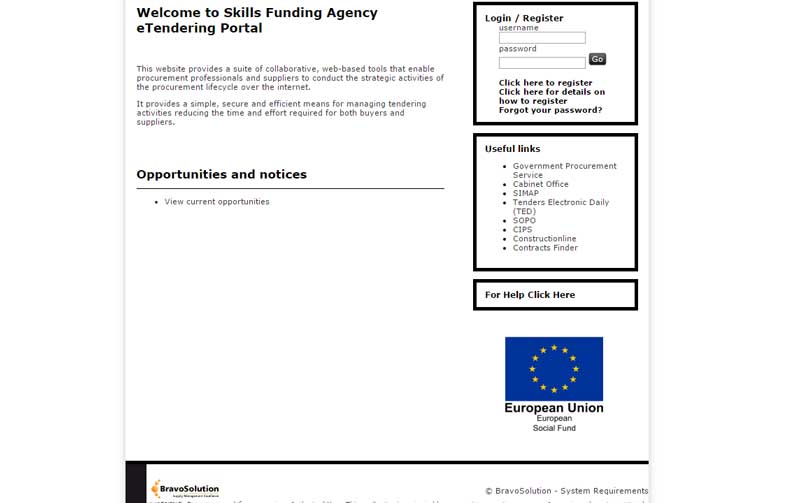 Allocation worth up to £440m for delivering apprenticeship training to non-levy employers have been delayed by the Skills Funding Agency, FE Week can reveal.

It is understood that everyone who applied for the non-levy funding has been sent a notification on the government’s Bravo e-tendering portal – seen by FE Week – confirming the delay.

It will cause huge sector frustration – as the delay, with no alternative date supplied, comes shortly before the apprenticeship levy is due to go live next month.

The SFA message stated: “We are notifying you that we have amended the timetable for communication of results to applicants that was published in the specification document for ITT 30190.

“As soon as we are able, we will advise you of the amended timetable through this e-tendering portal (Bravo). If you have any questions, please ask them through this message board. Thank you.”

Mark Dawe, chief executive at AELP said: “It is disappointing that the statement on Bravo doesn’t offer any timetable on when providers can now expect to be notified and the ‘early March’ deadline looks like it has been missed.

“Providers really need to know their allocations so they can properly plan their provision and confirm with their existing employers whether or not their partnerships can continue, many of which have been in place for many years.

“More uncertainty is not in the interests of apprentices either who want to be confident that they can complete their programmes without unnecessary disruption.”

FE Week reported on March 8 that a key meeting that the SFA was supposed to hold that day, to reach final decisions on which providers will be allocated a non-levy employer funding allocation, had been cancelled.

We also learned that no date had been set, for when this would be rescheduled.

The SFA had been due to hold the meeting, where amounts that providers would receive was supposed to be agreed.

FE Week has asked the Department for Education this evening for more information on what is happening with the delay, but they declined to comment.

It comes as the list of those who have made it onto the Register of Apprenticeship Training Providers was published today.

That money raised will be ring-fenced, so it can only be spent on training apprentices and all levy-paying companies will receive a 10 per cent top up on monthly levy contributions. But the government will still allocate funding for apprenticeships with non-levy payers.