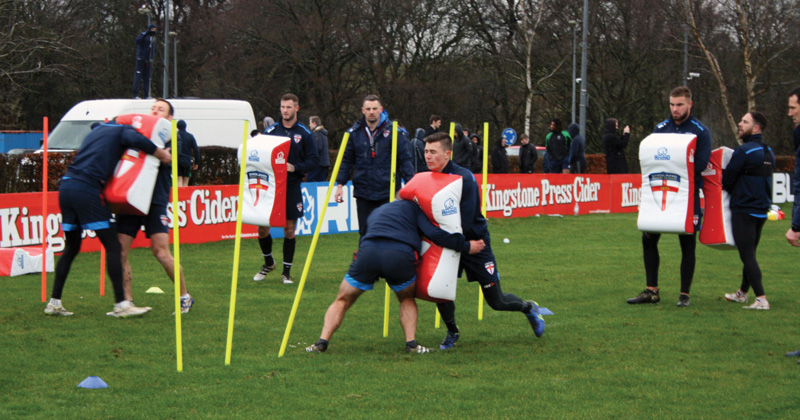 The England rugby league team has announced its move to a new training base at Hopwood Hall College, where students were invited to watch one of the team’s first training sessions.

Currently ranked third in the international stakes, players from the team will be using the facilities at the Manchester college as their new training ground.

They will use the same facilities as the students on the BTEC and diploma rugby courses, including access to the on-site gym, fitness suites and extra rugby pitches at the college’s Middleton campus.

The move comes as the team gears up for the start of the rugby league World Cup in October, where they will take on reigning champions Australia in their first game.

Lee Registe, a student taking a BTEC level three in sport and rugby league at the college, said: “It was unbelievable being able to see the England Rugby players up close and personal like that. It was really inspiring seeing them, an unforgettable morning.”

Kyle Amor, who plays as St Helens’ prop forward, said: “Part of our role as players is to inspire the next generation of fans. We’re here first and foremost to train, but encouraging a new fan base or setting an example to the rugby students is really important to all the players.”

Main photo: Scrumming it: England players train at the college