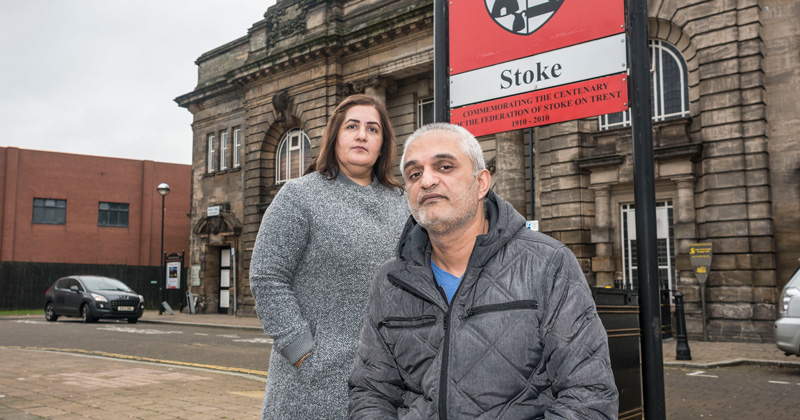 The government is considering a change in legislation to protect learners left in loans debt after their providers go bust, in a move that would mark an early victory for FE Week’s #SaveOurAdultEducation campaign.

We have been demanding justice for hundreds of learners who have recently been left with thousands of pounds of student loans but no qualification after several training organisations were suddenly wound up with no warning.

After the launch of our campaign at the end of February, the shadow skills minister Gordon Marsden, asked a parliamenatary question (PQ) to education secretary Justine Greening if she would meet with the Skills Funding Agency and the Student Loans Company to discuss the feasibility of writing off student loan debts in such situations.

FE Week now understands that the government is mulling over secondary legislation to protect learner loans when providers go out of business in the future.

“We are committed to finding a solution for each learner and making the process as smooth as possible,” Mr Halfon said in response to the PQ.

“Where there may ultimately be no viable alternative providers available for some learners to complete their study, we will consider what might be done to avoid these learners being unfairly disadvantaged.”

FE Week asked the government to clarify his words, but while the Department for Education did not deny the issue was under consideration, its spokesperson would only refer us back to the minister’s comments.

Asim Shaheen, a former learner left with more than £8,000 in debt after his provider, John Frank Training, went bust in murky circumstances in November, said it was “shocking” that the government didn’t already have a backup plan in place.

He wants a contingency plan introduced “as quickly as possible”, rather than having the SFA “sitting back and waiting for this ricochet to continue”.

“The people who put the loans scheme in place should have thought of different eventualities happening in the first place,” he said.

“Normal people on the street have to think about every eventuality, so for people at such a high level in government, where we’re talking about millions and billions of pounds, surely they should have thought well hang on, these providers we are accrediting, what happens if one of them goes bust?

“They need to put something in place now because the longer they leave it the worse our cases are going to get. It can’t continue like this.”

FE Week first revealed the demise of John Frank Training in January, which left hundreds of learners, who had taken out FE loans to train with the London-based provider, with hefty debts but no course.

The longer they leave it the worse our cases are going to get. It can’t continue like this

It went into liquidation on November 30, leaving no assets, despite recording a profit of £1.3 million in the first half of 2016.

A month later FE Week revealed that another 100 learners were left in the same situation after Hampshire-based Edudo Ltd went bust.

The provider, allocated £500,500 in advanced learner loans by the SFA as of September, went into voluntary liquidation in January, after the company’s “assets and business” were sold to Learning Republic Group Ltd last November.

And this week Focus Training & Development Ltd was found to have left 39 learners on the hook for their loans cash, again with no qualifications to show for it, after it went bust following an ‘inadequate’ Ofsted report in November.

FE Week’s #SaveOurAdultEducation campaign launched in the Houses of Parliament last month and is demanding three things from the government.

The first is to write off unwarranted loan debts, the second is for the government to consult on a proper adult education strategy, and the third is for the introduction of FE maintenance grant loans for adult learners.