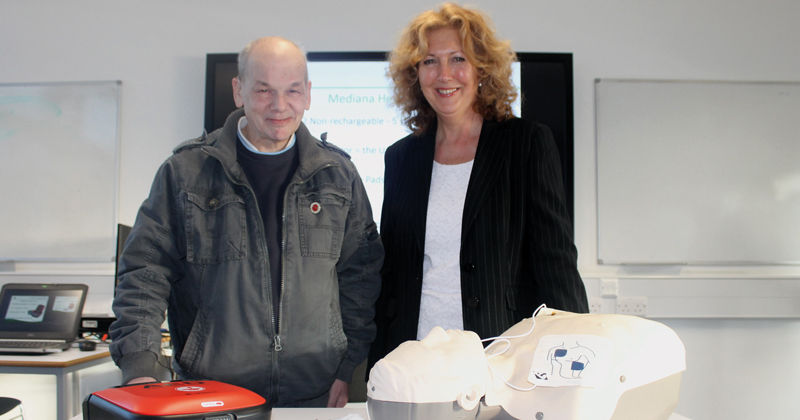 A cancer survivor and pub landlord from Worcestershire has donated a defibrillator to his local college to support their first aid services.

Fifty-five-year-old Graham Keightley bought defibrillators for his pub, The Hollybush, after meeting people whose lives had been saved by first aid during his time in hospital.

After learning that the local Stourbridge College didn’t have the equipment, Graham – who has been in remission since August 2015 – donated a £500 defibrillator to the college.

Since the donation, eight members of staff have received training from the West Midlands Fire Service on how to use the equipment.

Graham said: “Recovering from illness and coming across other people whose lives have been saved by first aid made me realise just how useful it is to have this equipment in as many locations as possible. I was more than happy to make the donation. It means more people across the community can be aware of the device and have immediate access to it.”

The defibrillator is now stored in the college’s learning resource centre where it can easily be accessed in an emergency.