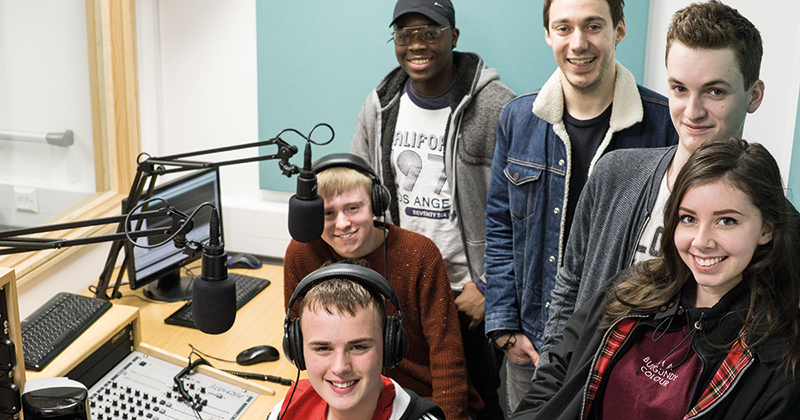 Radio presenter and comedian Tom Deacon paid a visit to his old sixth form college in Hampshire to impart some wisdom to the next generation.

With a national comedy tour in the pipeline and previous employers including BBC Radio 1 and Capital FM, the former Barton Peveril student spoke about his career journey so far, and provided insight into how to break into the media industry.

The former student has spent the last nine years as a stand-up comedian and radio presenter, and studied sociology, modern history and performing arts A-levels at the college before pursuing a degree in drama at the University of Exeter.

Offering advice to students, Deacon said “Get up, show up and take every opportunity you are given. Network with people, be nice and absorb yourself in stuff you wouldn’t necessarily choose.”

17-year-old A-level student Rhys Blanchard, who aspires to work in broadcast journalism, attended the event. He said: “Speaking to someone who’s made it within the media industry is amazing. It’s even more motivating to know that students from Barton Peveril go on and do great things.”