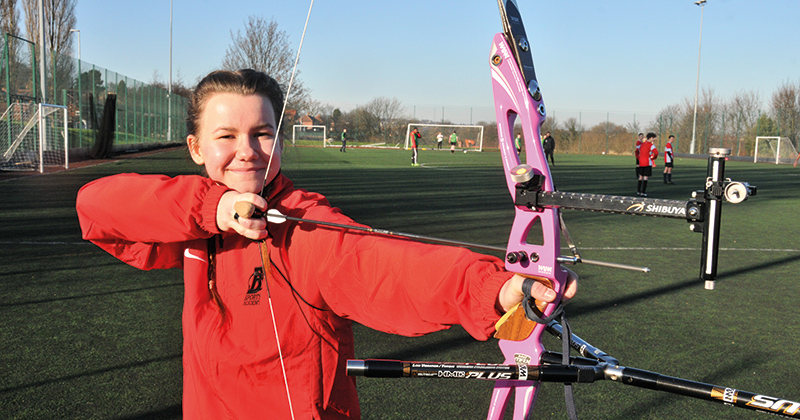 A college student who took up archery as a hobby after reading the Hunger Games is now preparing to try out for the Great Britain archery team.

17-year-old Megan Tinker, a student at Barnsley Sixth Form, took up the sport in 2013 after being inspired by protagonist of the books, Katniss Everdeen, who wields a bow and arrow as her weapon of choice.

After her parents bought her an archery experience day as a birthday present, Megan discovered she had a natural flair for the sport and is now preparing for selection trials for the GB Archery team.

Through the college’s Barnsley Sports Academy, she has been able to access an elite sports performance bursary which will help fund aspects of the competition, such as travel and equipment.

If successful, she will be able to compete at the World Archery Youth Championships, which take place in Argentina in October this year.

Megan, a PE, film studies and English AS-level student, said: “The support I have received from the Sports Academy has helped me pursue my goals in archery.

“My main focus is on the selection shoots ahead of the World Archery Youth Championships to give me the best possible chance of making the squad.”