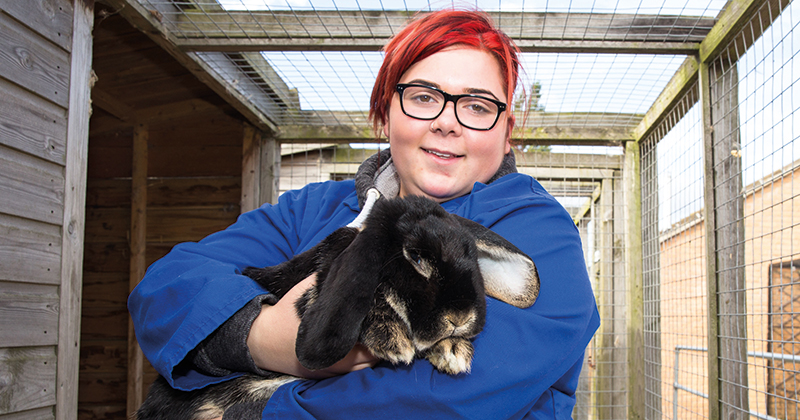 A lonely rabbit taken in by North Lindsey college following the death of his long-term partner, has found love again with a little help from staff and students. Nero, a giant French lop rabbit, was donated to the North Lincolnshire college’s Animal Management Centre following the death of his life-long companion, with Nero’s owner concerned he would suffer if kept alone due to his social nature.

Animal management students quickly introduced Nero to a Dutch rabbit named Edith, who had also recently lost her partner, and supported them through a bonding process – with successful results.

Despite concerns about the pair’s size difference, the two got along and within two weeks were living together, and even feeding out of the same bowl.

The centre which is run by students and staff at the college takes in unwanted animals, and is now full to capacity. There are currently over 48 different animal species at the centre, including hamsters, rabbits, stick insects, bearded dragons, terrapins, guinea pigs and snakes.

Rebecca Mullen (pictured with Nero), taking a level three diploma in animal management, said: “It’s great that the college has taken on so many animals and that they are cared for correctly. If they went to the wrong owners, they could end up being badly treated.”