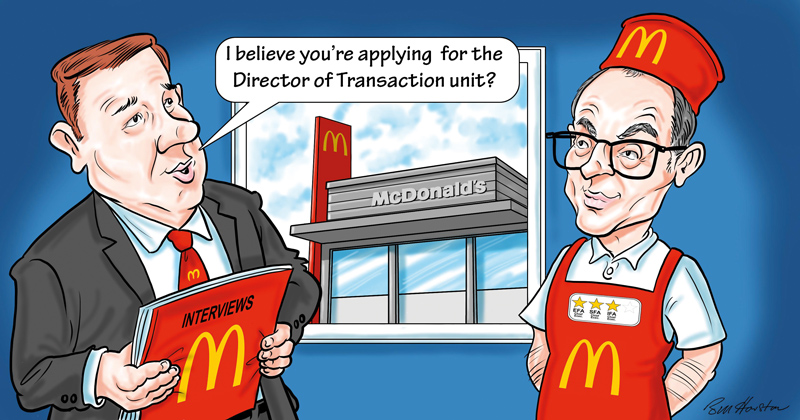 The government is on the hunt for a permanent director to run its transaction unit following the area reviews process – a job which co-mes with a £140,000 salary comparable to that earned by FE’s busiest civil servant, Peter Lauener.

An advert for the role was recently posted by the Department for Education, with a closing date of March 3, and interviews scheduled for later that month.

The director will be responsible for “developing investment proposals to restructure” the FE sector, following the area reviews process.

This would be using the government’s £720 million restructuring facility to form “more financially resilient institutions and maximise the return of investment to the taxpayer”.

The salary is comparable with similar posts in the sector

The role’s advertised salary means the successful applicant would be paid around the same amount that Mr Lauener receives as head of the Skills and Education Funding Agencies, and as shadow chief executive of the Institute for Apprenticeships, according to the DfE’s latest consolidated annual report and accounts published last April.

The current head of the transaction unit is Matthew Atkinson, who is on secondment from the audit firm PricewaterhouseCoopers, which provides financial services to 26 colleges, according to 2014/15 accounts published by the SFA.

But concern has been raised that there could be a conflict-of-interest issue if Mr Atkinson is appointed on a permanent basis and leaves his role at PwC, as his old firm would then be able to pick up work through the transition grants process.

The SFA declined to comment on whether PwC might be officially prevented from taking on work under the grants to avoid such a situation.

However, a spokesperson did say that “a permanent commercial specialist in this role will provide the high level of skills needed by the SFA both now and in the future”.

They continued: “The salary is comparable with similar posts in the sector and will ensure that the department can continue to deliver the best value for money.”

The DfE’s quest for a permanent director will come as a surprise to many in the sector, given that the transaction unit is only due to run for a limited time while colleges put in place any recommendations from their particular review.

The last of these is expected to be wrapped up next month, with full restructuring to be completed by April 2019.

The job listing says applicants must have the ability to work well with various businesses, as they will have to secure support for area review proposals from “institutions, local partners, banks, an external advisory panel, DfE ministers and Treasury”.

It added that candidates must also have a “big picture” strategic insight, with the ability to “move from government policy to the local perspective drawn from area reviews and appraising the financial viability of proposals”.

The transaction unit’s key responsibility is to administer £12 million in transition grants, which colleges can use specifically to bring in the consultants they need to put in place any changes, alongside the restructuring facility.

These government grants are worth either £50,000 or £100,000 and will be used for mergers and academy conversion, for example.