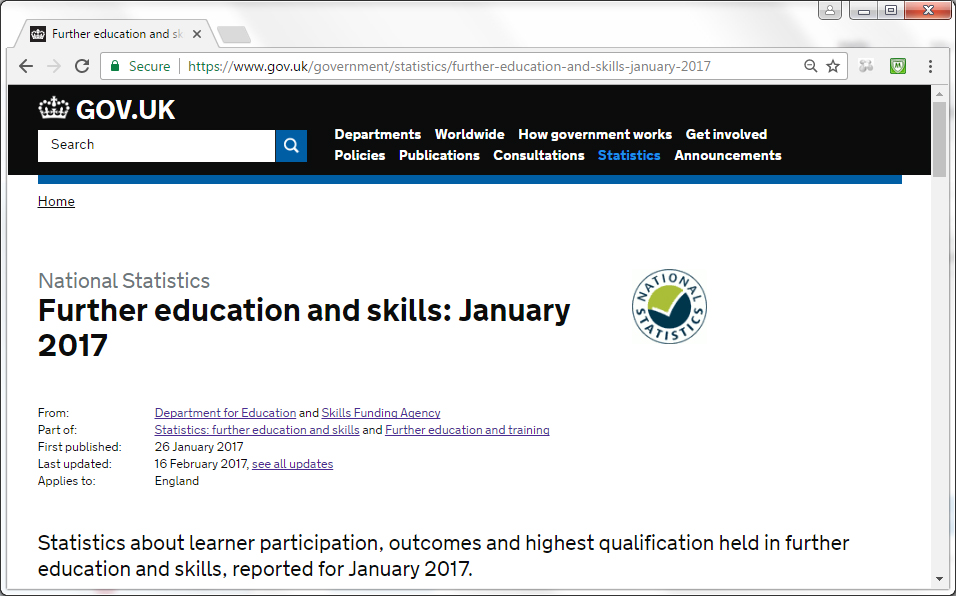 The percentage of people passing their apprenticeship has fallen to 67 percent, figures released this morning show.

The overall achievement rate for apprenticeship frameworks fell from 71.7 percent to 67 percent in 2015/16, however this follows a change to the methodology.

The Skills Funding Agency Minimum Standard threshold for 2015/16 apprenticeship achievement rates was set at 62 percent. The SFA say: “If a college or training organisation fails to meet minimum standards, the Agency’s approach to intervention will apply.”

See updated table 14 in the January 2017 Statistical First Release. The figures should have been included in the original January release, but were delayed following “technical issues”, as reported in FE Week.