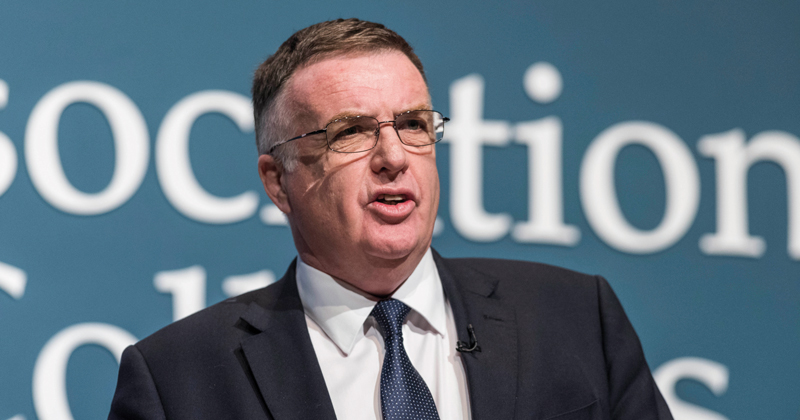 A stop appears to have been put on publication of FE commissioner intervention reports, despite growing numbers of failing colleges.

What’s more, there is no sign of the FE commissioner’s 2015/16 annual report, even though previous reports have been published in November or December.

The last intervention report, into City of Liverpool College, was published in October, although the document itself was dated August 2016.

FE Week believes that up to 18 colleges should have been subject to intervention by the FE commissioner and his team since then.

But when we asked about the missing reports, the Department for Education was unable to give any reason for the hold-up, and insisted they would be available in due course.

Julian Gravatt, AoC’s assistant chief executive, suggested the delay was related to the recent publication of 18 area review reports – which were also overdue – because “this may be where the government’s focus currently lies”.

Richard Atkins, who took over as FE commissioner in November, told delegates at last year’s AoC annual conference that he and his team were “still finding the same things now that we found in 2013 [during interventions]”.

Intervention is triggered in one of three ways: an ‘inadequate’ Ofsted rating, a financial notice of concern from the Skills Funding Agency, or a failure to meet the SFA’s minimum standards.

Since the publication of the last intervention report, 10 colleges have been given Ofsted’s worst rating, while eight have been issued with financial notices.

Of the 10 grade-four colleges, seven have previously been subject to intervention – though it’s not clear whether any of those processes had completed, and therefore whether a new intervention had been triggered.

City of Liverpool College became the first college to return to the FE commissioner’s oversight in early 2016.

The DfE refused to say whether any of these seven colleges had joined City of Liverpool in returning to involvement by Mr Atkins and his team.

Instead FE Week was told that the details would be in the reports when they were published.

Mr Atkins said at the AoC conference that there had been around 50 interventions since 2013, and that there were around 20 colleges with which he and his team were currently involved.

A total of 46 reports have been published, based on interventions at 40 colleges and six adult and community learning providers.

Annual reports by Mr Atkins’ predecessor Sir David Collins, in 2013/14 and 2014/15, included a recap of the previous year’s interventions, and a summary of lessons learned and common issues.

The FE commissioner role was created in 2013 with the aim of tackling underperformance in failing colleges through the intervention process.

It was later expanded to include leading on the area reviews of post-16 education and training, which began in September 2015.

Sir David held the post for three years until his retirement in November, when he was replaced by former Exeter College principal Mr Atkins.

A Freedom of Information request by FE Week in December revealed that Sir David had been involved in 49 interventions and 22 area reviews between 2013 and 2016, and had worked twice as many days as had been originally planned.

Mr Atkins said at the AoC conference that he hoped his workload would be “lighter after March” when the area reviews are due to complete.