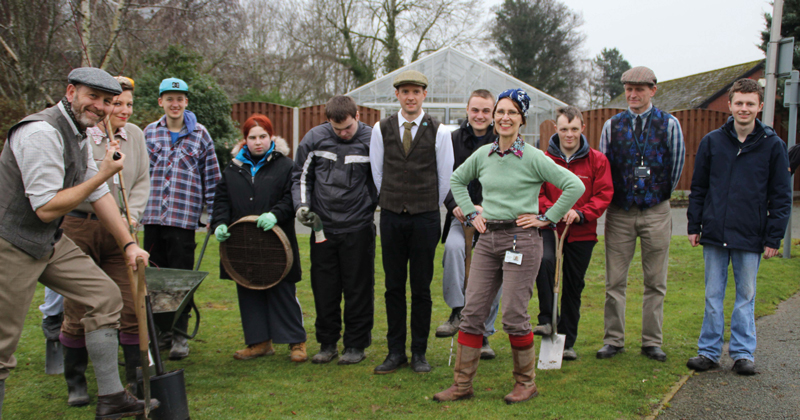 Derwen college is marking its 90th anniversary year by planting trees every month throughout 2017.

The first tree of the year – an Acer davidii George Forrest, commonly known as Snakebark Maple due to its patterned trunk – was planted on January 19 by the land-based studies team, who came up with the quirky idea to mark the milestone.

The specialist college, based in Shropshire, was founded in 1927 by Dame Agnes Hunt, so the team dressed in traditional 1920s attire as they planted the tree as a nod to the era.

It is hoped that the trees will eventually form an avenue that future students can walk down, with a different group of students getting involved with the planting each month.

Peter Evans, programme manager for land based studies at the college said: “The idea is that we will plant a tree that represents that particular month, for example flowers, coloured leaves or bark – and the planting will form an avenue of trees.

“The students thought this would be just one way to continue the legacy of Dame Hunt into the future.”

The college will be marking its 90th year with a series of events including a 1920s ball and a week of further celebrations in June – for its official birthday week.