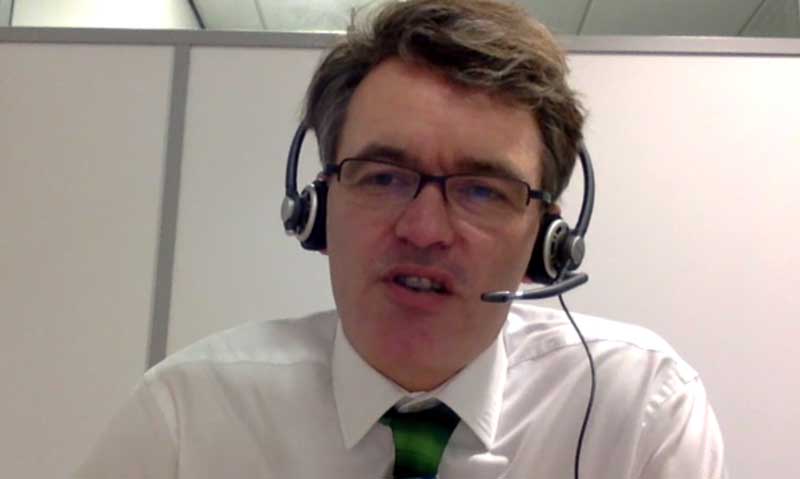 Help is being offered to the government in an effort to define the minimum 20 per cent off-the-job training apprenticeship rule.

Chief executive of the Association of Employment and Learning Providers, Mark Dawe, announced this morning in a webinar to members that they would be sending out a survey later today to find out how they currently approach the rule, as his director of policy and strategy warned the issue had “been a bone of contention for some years now and it’s not going away”.

It comes as his director of policy and strategy Paul Warner warned the issue had “been a bone of contention for some years now and it’s not going away”.

Members have just 48 hours to share their views via an online survey, and all responses will be fed back to the Department for Education and Ofsted to inform any future guidance.

Mr Dawe said during the webinar that he had been “hearing concerns about the definition”.

“The 20 per cent off the job rule is a key but crude measure to ensure there are quality apprenticeships,” he said.

But such training is “not always about being away from the workplace,” he said, and could be “possible at the workstation”.

“Senior reps from DfE and Ofsted have been willing to talk it through. They want reassurance proper learning is taking place,” he continued.

Mr Dawe said the plan was to develop “formal guidance as to what is and what is not acceptable” with DfE and Ofsted as the departments were “getting lots and lots of questions”.

Government guidance stipulates that apprentices must “spend at least 20 per cent of their time on off the job training”.

And funding rules for employer providers that apply from May state that providers must outline details of “employment including: the agreed contracted hours of employment, including paid training, and 20 per cent off the job time, and the total planned length of the apprenticeship”.

They are also required to show  “how the 20 per cent off the job training will be quantified and delivered”.

But it is increasingly feared that many apprentices, on “low quality” programmes, are not spending this time learning away from the workplace, and are instead effectively working full-time on a lower apprentices’ wage.

This rule was most recently mentioned in the Institute for Apprenticeships strategic guidance document, as one of the ‘core principals’ for apprenticeships.

It said an apprenticeship “requires substantial and sustained training, lasting a minimum of 12 months and involving at least 20% off the job training (training which is outside of the normal day-to-day working environment).”

AELP’s survey was prompted by concerns from its members that if they were delivering learning or training at the workplace – for example, via online learning – it would not meet the government definition of 20 per cent off the job training.

The SFA currently provide no formal definition of “off-the-job”, in terms of what can and cannot be included in the 20 percent figure.

Their funding rules for training providers simply says they must “make sure the apprentice spends at least 20% of their time on off-the-job training” and the version for employers says they must “record details of how the 20% ‘off-the-job’ training will be quantified and delivered.”