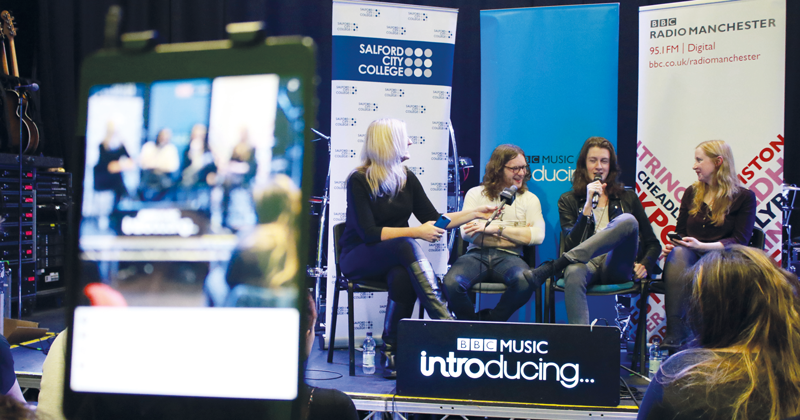 Media students were on hand with video cameras as the band performed six songs from their chart-topping debut album ‘Blossoms’, including hits ‘Charlemagne’ and ‘Honey Sweet’, which were filmed as part of the BBC Introducing series.

The singers also participated in a Q&A hosted by presenters from BBC Radio Manchester, with fans from around the world sending in questions for the band’s frontman Tom Ogden and drummer Joe Donovan to answer during a live broadcast.

The band, from Stockport in Greater Manchester, formed in 2013, and were recently nominated for British Breakthrough Act of the Year at the 2017 BRIT Awards.

David Gate, creative music tutor at Salford City college, said: “This is the biggest event we’ve ever had at FutureSkills and it was an honour to have Blossoms perform here. We have the perfect gig venue here, so we’re now looking forward to hosting more of the same in 2017.”