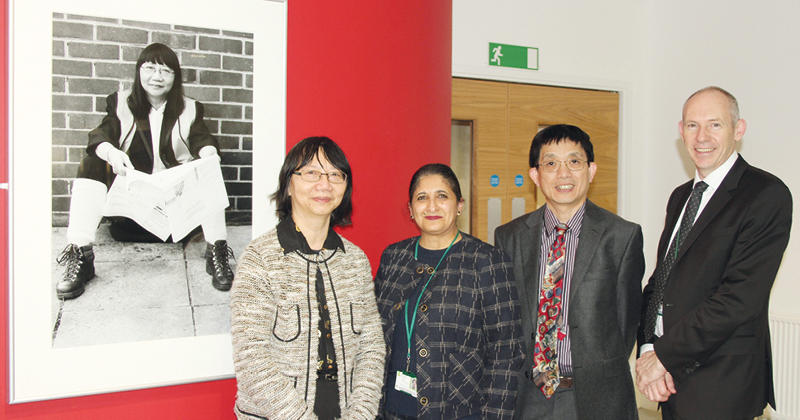 One of the country’s leading female engineers has unveiled a portrait of herself at Bradford College in the hopes it will inspire girls to pursue careers in science, technology, engineering and maths.

Dr Phebe Mann is the first and only woman in the UK to hold six professional engineering qualifications, and was made an honorary fellow at the college three years ago.

The image was commissioned by the WISE campaign, a national organisation promoting women in STEM, which has also recognised Dr Mann as one of its ‘women of outstanding achievement’.

The photograph will go on display in the college’s David Hockney building, alongside a statue of Sir Edward Appleton, a Nobel Prize winner who pioneered in radio physics – and worked as lab technician at the college between 1909 and 1911.

“The perception that engineering is ‘not for girls’ has gradually been changed over the years,” said Dr Mann.

“We should do more to encourage young people, especially girls, to consider engineering as a very worthwhile and rewarding career.

“I sincerely hope that my portrait can encourage more young people to contemplate it as their career.”