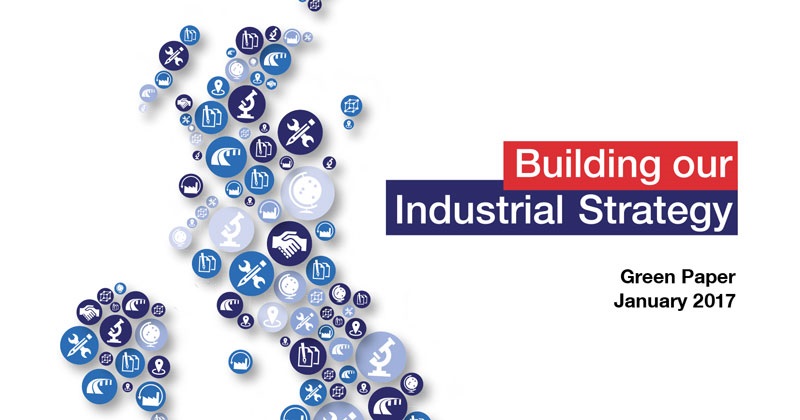 The government’s new industrial strategy green paper has fleshed out what it expects from a “prestigious” new network of Institutes of Technology, set to be handed £170 million to improve higher-level technical education nationwide.

The Prime Minister’s office confirmed in a press statement last night, as reported in FE Week and looking ahead to publication of the green paper called Building Our Industrial Strategy, that £170 million of capital funding would be spent on these.

Now the green paper itself has stressed that these “institutes will increase the provision of higher-level technical education”, to ensure that it is available “in all areas”.

It explained, for example, that a “person could study a level three (A-level equivalent) at a local college, before moving on to study a higher-level technical qualification at an institute [of technology] in a nearby city”.

Details on how they would be developed were still vague, but the green paper said the government would expect most “to grow out of high-quality provision”, and “harness the expertise of local employers”.

They would be expected to specialise in technical disciplines, such as science and technology, that are aligned to promised new technical routes.

Ian Pretty: “Now we must make sure IoTs deliver”

The plan is to offer high quality provision at levels three, four and five (the equivalent of A-level to just below degree); and have “a local focus to deliver qualifications of value that meet the skills needs of local employers”.

The intended reforms to technical education, which the new institutes look set to play a key role in implementing, were first revealed exclusively by FE Week last May and then announced by the government two months later.

This followed a review led by former Science and Innovation Minister Lord Sainsbury,  which was launched by the Department for Education in November 2015. It explained plans for a radical overhaul to replace 20,000 courses with “15 high-quality routes”.

The green paper was generally less than complementary about FE, indicating the government felt their underwhelming performance had created the opening for the new institutes.

It said that while there is good provision, too many of FE colleges “only offer a broad, generalist curriculum at lower qualification levels; the sector has too little provision of higher level technical qualifications”.

It added: “While our higher education system has its strengths, our poor performance in basic and technical skills is key to the UK’s persistently lower levels of productivity compared with other advanced economies.”

Last year’s annual Ofsted report, published in December, said that while the policy’s intention to improve literacy and numeracy levels was “well intentioned”, the implementation was “not having the desired impact”.

GCSE resit results were disappointing last summer, and new progress data unveiled by the Department for Education last week showed that on average, colleges scored minus 0.27 for English, and minus 0.29 for maths.

This indicated that, on average, learners at FE colleges are not progressing in these key subjects.

In apparent response to all of this this, the green paper said today: “We will explore how to support FE colleges to be centres of excellence in teaching maths and English.”

The green paper did, however, contain encouraging words for those, including Labour MP David Lammy, campaigning for more funding for adult education and a return to widespread “night schools”.

It acknowledged that there is a “growing challenge” with lifelong learning.