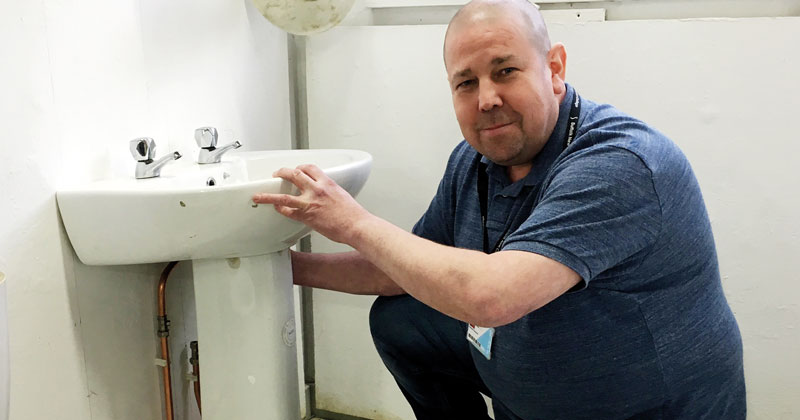 A plumbing lecturer from Suffolk New College has travelled to one of Europe’s poorest countries to help install toilets at a primary school.

Forty-six-year-old Richard Steward was among a team of volunteers who travelled to Moldova to carry out major refurbishment on a local school, which teaches 200 pupils.

Situated in the village of Ivancea, where temperatures plunge well below zero during winter, the school’s outside toilets needed replacing with more suitable indoor facilities.

The volunteers built four toilet blocks in just a week, fitting lavatories, basins, urinals, hot-water cylinders and a septic tank outside. They also distributed shoes and clothes to local families.

There were no hotels in the village so Richard and his fellow volunteers slept in classrooms on blow-up beds, and used a camping shower to wash.

Richard, who has been a plumber for 20 years, said: “Our efforts mean the children now have indoor toilet facilities before the very cold Moldovan winter sets in.

“The school was really grateful with the work and provided us with a show by the children to say thank you. It was hugely rewarding to be able to use my plumbing skills for such a worthy cause.”