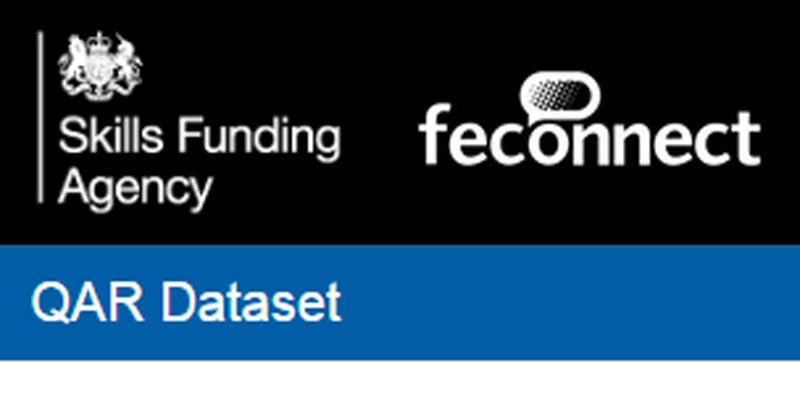 The promised new qualifications achievement rates dashboard for apprenticeships, education and training will still be unavailable until at least tomorrow, following almost a week of problems that provoked repeated complaints though online forum FE Connect.

The main issue accepted by Skills Funding Agency is that the QAR is incorrectly only including learners as timely, where they have an actual end date in the 2015/16 year.

It means, for example, that a learner who had a planned end date for example of July 31 last year (before the end of 2015/16), but actually achieved this in 2016/17 with an end date of August 1 or beyond (but within the required 90 days), isn’t being recognised.

Issues were acknowledged as far back as January 4, when the QAR team announced on SFA forum FE Connect: “After investigation we found that the automated procedure to write and load the QAR data extract files to the hub had failed to include additional fields that allow you to arrive at the results displayed on the QAR dashboards.

“It also omitted age-bands for E&T. An amended extract file will be loaded onto the Hub today that fixes both these points.”

However, the problems are still ongoing, with providers told at shortly before midday today that “the QAR dashboard is still not up and running after its maintenance”.

“We are hoping to resolve the issue today and publish tomorrow (January 10) but this is only if and when we have resolved the access issues we are currently experiencing,” added the CDS Service Centre.

It comes after the SFA announced through an online Update bulletin on December 21 that it would “shortly publish provisional 2015 to 2016 qualification achievement rates and minimum standards” covering apprenticeships and education and training.

It added: “We aim to publish the final QAR data following publication of the next SFR at the end of January 2017. We would welcome your feedback at the earliest opportunity but no later than Monday 16 January 2017.”

The SFA came in for fierce criticism on FE Connect in early December over its management of a key provider submission of learner data, which was labelled a “total farce” and “very disturbing”.

The agency’s online data collection system, known as the ‘Hub’, was understood to have initially gone down on December 5, when providers had less than a day left to submit their fourth Individualised Learner Record returns of the academic year.

It added an extra day in light of this, but providers still complained they were experiencing problems up to the 6pm deadline.

Despite this, the SFA opted against a further extension, even though the return that month, named ILR R04, was particularly significant – as it is used to calculate not only the SFA 16 to 18 monthly apprenticeship payments, but also by the Education Funding Agency to support the setting of allocations for the next academic year.

The SFA was unavailable to comment on the latest QAR problems.