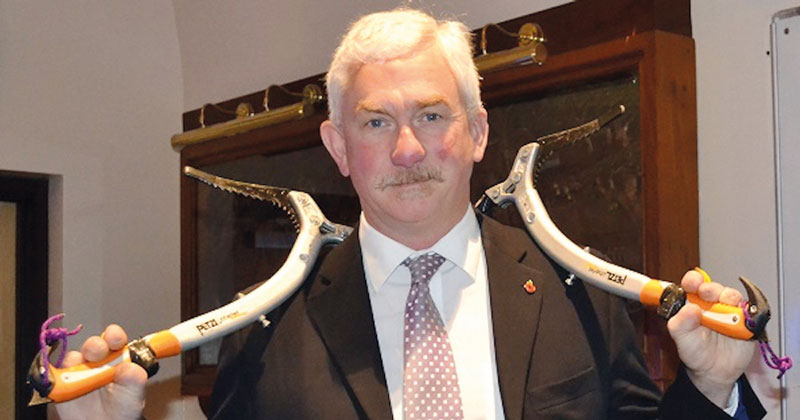 Students at Trent College received an inspiring talk on resilience from mountaineer Nigel Vardy, who lost his fingers, toes and part of his nose to frostbite.

In 1999, Vardy suffered severe frostbite in temperatures of minus 60 degrees Celsius on Mount McKinley in Alaska, but has since gone on to climb some of the world’s toughest mountains.

Vardy’s message was one of resilience, recovery and adversity against the odds, inspiring students to apply the same values both academically and outside of the college gates, telling them “never give up, however many challenges you may face”.

The talk came as part of the college’s Arts and Speakers programme, which invites guests from the world of sport, the arts, politics, industry and beyond to pay a visit to the Nottingham-based campus and share their stories with students.

David Tidy, the college’s assistant head of curriculum, who coordinates the Arts and Speakers programme, said: “Nigel’s talk was incredibly inspiring and showed the true resilience of the human spirit under exceptionally difficult circumstances.

“He helped the students realise that a setback does not have to mean the end of their dreams.”