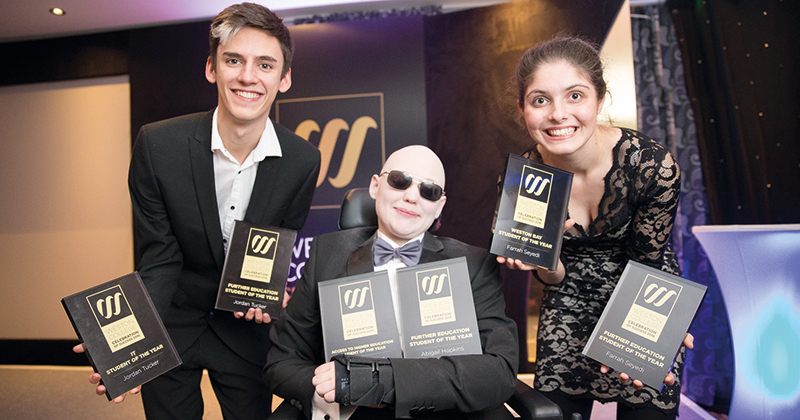 The achievements of students and staff from Weston College have been recognised at the college’s annual Celebration of Success event.

Hosted by principal and chief executive of Weston College Group Dr Paul Phillips CBE, alongside keynote speaker and BBC Presenter Alex Lovell, the awards acknowledged students and staff that have exceeded expectations over the past year.

Three students, Jordan Tucker, Abigail Hopkins and Farrah Seyedi, were each awarded the title of ‘student of the year’ at the ceremony, which took place at Cadbury House in Bristol.

One of the students recognised by the award, Farrah Seyedi, was told she could never go to university or live independently due to her autism, but after receiving support at the specialist Weston Bay facility during her time at the college, she is now pursuing a degree and successfully living in halls of residence.

Speaking of the award, she said: “When I heard there was an award for Weston Bay I never thought it could be for me. I was speechless.”

Closing the ceremony, Dr Phillips said: “When you get success, care and support, you have the foundations to go on to even greater success, and that is what tonight has been about.”