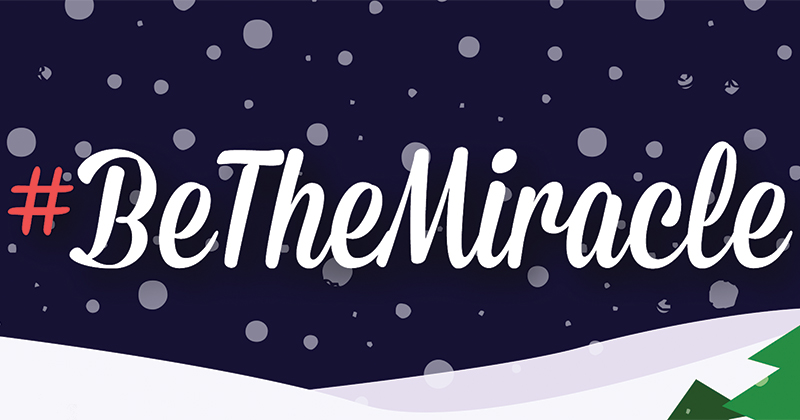 A single produced by Blackpool Sixth Form college to raise money for children living in poverty has climbed into the iTunes and Amazon charts and, with a host of celebrities backing it, has a shot at hitting Christmas number one. Samantha King reports.

Since Blackpool Sixth Form college released their single ‘A Christmas Miracle’ on December 2, their campaign to reach Christmas number one has taken off, with a whole host of famous faces pledging support.

Comedian Peter Kay, double act Vic Reeves and Bob Mortimer, as well as the cast of Coronation Street have all pledged their support for the campaign on social media, with Blackpool tower being lit up in pink – the colour of the song’s artwork – to show the town’s support.

Composed by students and staff at the college, and recorded by children from 10 schools across the Fylde Coast, the track is currently selling on iTunes for 79p and on Amazon for 69p. Its lyrics aim to raise awareness of the struggles faced by children living in poverty.

All proceeds from the song are to be donated to the Children’s Society, a national charity which runs local projects to help vulnerable children and young people aged 10 to 18.

The track has made it into both the iTunes and Amazon charts and spent some time in the Top 20. Currently, the song is positioned between Chris Rea’s ‘Driving Home for Christmas’, and is overtaking the Pogues’ classic Christmas track ‘Fairytale of New York’.

There have already been a host of glowing reviews on Amazon, with buyers saying the track is “perfect for listening to while you put the tree up” and “a beautiful song for a worthwhile cause”.

Mr Goodinson said: “We have been overwhelmed by all the support on social media by people from all around the country.

“We really want the song to be shared far and wide, to spread awareness of child poverty, reach Christmas number one, and raise as much money for the Children’s Society as possible to help the children that need it most”.

We really want the song to be shared far and wide, to spread awareness of child poverty

The percentage of children living in poverty is 30.6 per cent in Blackpool, far higher than the national average of 21.4 per cent, according to Public Health England.

The Children’s Society’s chief executive Matthew Reed said: “We’re absolutely thrilled that the Blackpool Sixth Form college and so many schools and community groups in Lancashire have teamed up to launch this uplifting song to raise awareness and support vulnerable children this festive season.

“Christmas can be a particularly difficult time for so many young people and we are truly grateful to everyone involved in putting this single together and also those who buy it.

“Funds raised from this single will help us continue our life-changing work with children and young people who have nowhere left to turn.”

As part of the college’s campaign to top the charts, schools and colleges across the UK are being encouraged to download the sheet music for the song, record their own versions and share it online with the #BeTheMiracle hashtag.