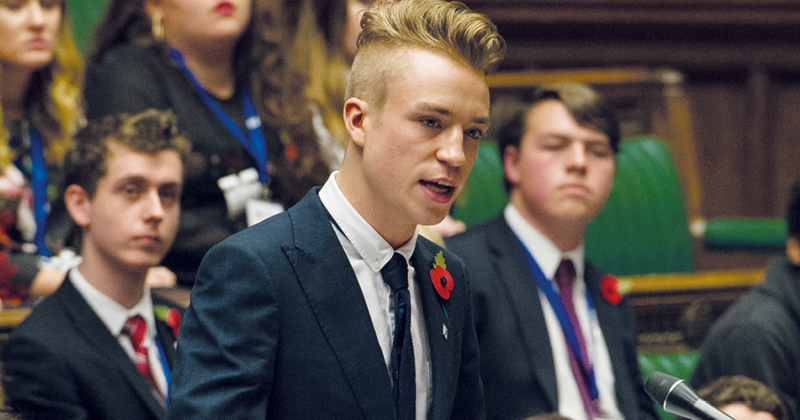 Two students from Newcastle Sixth Form College joined over 250 other young people to take part in a televised debate in the Houses of Parliament.

A-level students Liam Cartwright and Kate Palmer were representing the UK Youth Parliament at the biannual event, which gives young people aged 11 to 18 a chance to get their voices heard, and the opportunity to bring about social change.

Sixteen-year-old Liam led the debate on the issues surrounding public transport, with other topics discussed including the need for a curriculum that teaches more life skills, and tackling racial and religious discrimination.

He said: “The current issues surrounding public transport have been affecting young people in Newcastle for a long time, so I was pleased to be able to debate the matter with over 250 of my peers.”

Micah van Tuyl, a government and politics teacher at Newcastle Sixth Form college, said: “I’m delighted with Liam and Kate. They represent the very high levels of interest and enthusiasm that many of our students have in political issues and our democratic system.”

UK Youth Parliament is an initiative run by the British Youth Council, and currently has over 600 members who are elected through annual youth elections or through local youth councils.