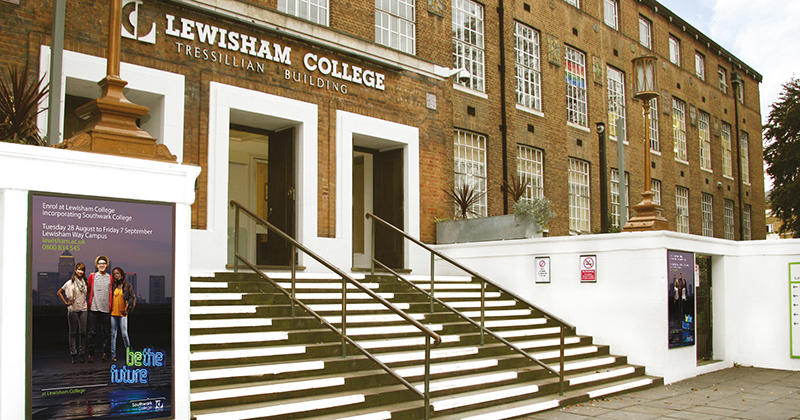 A struggling London college is still trying to engineer a merger with a group based almost 300 miles away in Newcastle, despite rejecting offers from both a neighbouring college and a nearby university.

Lewisham Southwark College, which last year became the first college ever to receive two ‘inadequate’ ratings from Ofsted in a row, has explored a number of what it called “potential options” to improve in the wake of the London (central) area review, according to a spokesperson.

Both options were deemed unviable by the bosses at Lewisham.

The college is instead revisiting its “preferred” proposal – of merging with Newcastle College Group, based in the north-east of England.

Lewisham first approached NCG last autumn and representatives from both colleges have confirmed to FE Week that “active discussions” are ongoing.

LSC said it had carried out “extensive work and engagement” on a merger with LSBU, but governors concluded that joining an HE institution was not a “strong way forward”.

A Lewisham spokesperson said: “In reaching this conclusion they considered the examples of failed HE/FE mergers, the fear that FE would be lost in the bigger university, and the belief that most of the strengths of the proposal could be achieved through good partnership work and without the risks of a merger.”

Dave Phoenix, the chancellor of London South Bank University said a collaboration with Lewisham would “not be a merger”, but would “bring together a formal group structure of educational bodies such as schools and colleges, respecting the importance and specialist nature of each”.

Lewisham also considered merging with Lambeth College after former FE commissioner David Collins asked it to explore the option last October, but concerns were expressed about the potential risk of merging two colleges that are in financial and quality recovery.

LSC was the first college to receive two ‘inadequate’ ratings in a row from Ofsted, after an inspection in February 2015, while Lambeth retained a grade three the month before.

The spokesperson for Lewisham said the colleges had “agreed to look at” the option of a merger, but it would “require a significant financial package” to reduce the financial risk.

She said that Lewisham’s “preferred” option is therefore for a merger with NCG.

“A merger with NCG doesn’t need a financial package to go ahead, and would see Lewisham Southwark College fully retain its local identity within this national group.

“At the same time we have agreed to do some further work on whether a merger with Lambeth College could be an option if suitable finances were available.”

A Lambeth College spokesperson said there is “only an expressions-of-interest stage at present” from LSC.

Lewisham Southwark College is led by Carole Kitching, who took on the role last summer after leaving Newcastle College, where she was in charge from 2013.

NCG is made up of three FE colleges, one sixth form college and two independent training providers.

Of these, two are based in Newcastle: Newcastle College, and Newcastle Sixth Form College.

The remaining four members are based in other parts of the country: Kidderminster College, West Lancashire College, Manchester-based Rathbone, and Sheffield-based Intraining.

A spokesperson for NCG said: “We are pleased that NCG remain the preferred merger partner of the board of Lewisham Southwark College, however we of course recognise their requirement to consider all options as part of the London area review.”