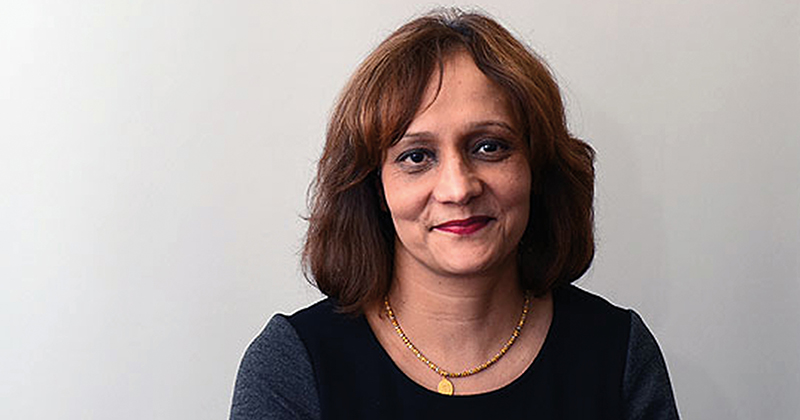 Nescot, which has been dogged by scandal throughout 2016, has appointed a new chief executive officer and principal, but representatives are refusing to reveal what’s happened to its previous leader since she stepped down in June.

The college was eager to share the news that Frances Rutter currently chief executive at Epsom and Ewell Borough Council, had been appointed to its top role, but was reticent to provide an update on the whereabouts of its controversial former head Sunaina Mann (pictured).

A spokesperson for the college declined to comment on whether Ms Mann had maintained any working relationship with the group after stepping down in June, when FE Week reported her husband had been paid hundreds of thousands of pounds for a contract of which governors were unaware.

However, Ms Mann herself told FE Week that she still holds the headship of the Surrey college’s Saudi Arabian project, the Jeddah International Female College.

The Jeddah Female College opened in 2013 as part of the Saudi government’s Colleges of Excellence programme, which was established to promote technical and vocational education in the region.

“After spending 18 months working at Jeddah International Female College, we are now the top provider in the Colleges of Excellence Performance table.

“I wish Frances well in her new appointment and hope she can continue to build on the many achievements of the college under my leadership.”

Ms Mann left her job as CEO and principal of Nescot on June 2, after it was revealed that her husband, Jaswinder Singh Mann, had been paid almost £200,000 over the course of a contract with the Saudi Arabian college subsidiary that Nescot’s board of governors were ignorant of for 18 months.

Her successor will join Nescot in the spring, when she will take over from Cliff Hall, the interim CEO and principal.

Mr Hall said: “The senior management team and I are delighted Frances will be taking over, and we know she’ll do a really great job.

“All the staff at the college are looking forward to working with Frances to help the college realise our vision.”

Ms Rutter was appointed from a shortlist of five outstanding candidates on November 10, following a two-day process of interviews and assessments involving students and staff from across the college.

A qualified solicitor, she has been in charge at Epsom and Ewell Borough Council for the last eight years.

She was with Elmbridge Borough Council for 13 years before that, with two years spent as assistant chief executive.

Mrs Rutter also previously served as a governor at Nescot, before stepping down in 2013 when the college sought planning permission to redevelop its site.

“I’m honoured to be given this role, and I can’t wait to get started,” she said.

“This is a really exciting time for post-16 education, with plenty of opportunities for Nescot.”

Professor Sam Luke, chairman of Nescot Corporation, said: “Frances is a proven leader, and she will bring a wealth of relevant senior-level experience and expertise to this role.

“We’re absolutely confident that Frances is the right person to lead Nescot on to the next phase of our journey.”