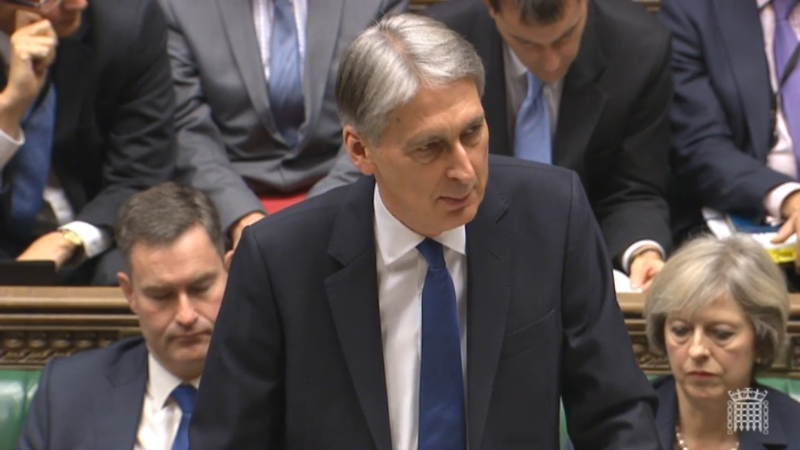 Fresh concerns have been raised about apprenticeship funding in England, after predictions on what the levy would raise were revised down by £200 million.

In the Phillip Hammond’s autumn statement on Wednesday, government forecasts suggested that the levy would raise a projected £2.8 billion in 2019/20.

However the Treasury had predicted in last year’s statement that the levy would raise £3 billion in that financial year.

The Office for Budget Responsibility had already revised the Treasury’s original figures down by £100m for 19/20 during its economic and fiscal outlook in March this year.

However, these latest projections have sparked fresh alarm from Mark Dawe, the chief executive of the Association of Employment and Learning Providers.

“Without assurances, we are really concerned that non-levy paying employers will be feeding off scraps, which will not be good for the social mobility of young people in areas where there aren’t big employers,” he said.

“The quality of the apprenticeship programme must be our foremost concern, but we do need to make sure that enough apprenticeship opportunities are available for young people.”

The original £3 billion levy pot in 2019/20 was to be split, seeing £2.5 billion going to apprenticeships in England, and the remaining £500 million left over for the devolved nations.

A Department for Education spokesperson confirmed to FE Week that funding for apprenticeships in England was still planned to increase to £2.5 billion in 2019/20 “as set out at the spending review” published by the government last November.

But this stops short of the guarantee that has been given to Wales, Scotland and Northern Ireland.

A levy funding deal for the three countries, published by the Treasury on November 14, stated: “The devolved administrations will be provided with funding certainty, as the UK government will manage any difference between the levy forecast and actual levy revenues.”

This appears to suggest that the chancellor would need to plug the gap from any shortfall.

This new shortfall is part of a gloomy overall picture of the state of the economy following this year’s vote to leave the European Union.

The OBR’s latest economic and fiscal outlook, published alongside the autumn statement, also downgraded its predictions for earnings growth.

The drop in apprenticeship cash relates directly to these new lower growth figures, as levy funding will be raised from a tax on PAYE.

The levy is due to be introduced in April 2017 and is set at 0.5 per cent of an employer’s paybill, provided that’s above £3 million.

Recent government figures have forecast that around  1.3 per cent (19,150 employers) of employers will have to pay the levy.

And Keith Smith, director funding and programmes at the Skills Funding Agency, told delegates at the Association of Colleges annual conference this month that just 400 employers would be responsible for around half the total levy payments.

All apprenticeship training in England will be funded from the levy pot from May 2017.

Levy-paying employers will have their own accounts to pay for any apprenticeship training, which they will access through the new digital apprenticeship service.

Funding for employers that don’t pay the levy, as well as all top-ups and additional payments, will come from the money that levy-paying companies don’t spend from the overall pot.

Also announced in the autumn statement were plans to devolve the adult education budget to London from 2019/20, and to increase the apprenticeship minimum wage from £3.40 an hour to £3.50.