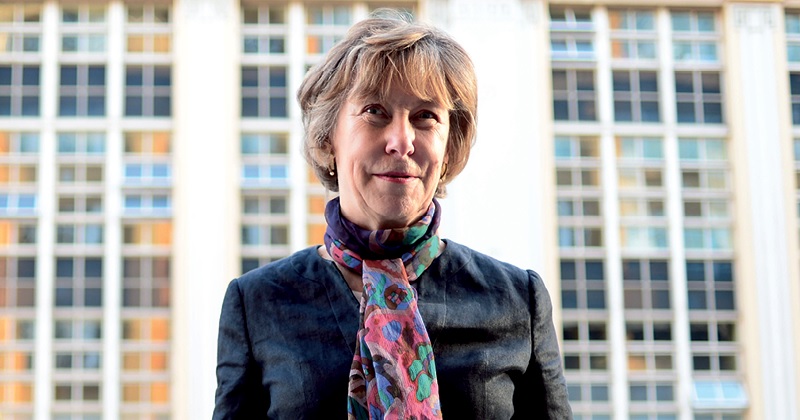 Her new report for the Education Policy Institute warned only 4,900 learners achieved level four awards or above under the adult education budget in 2014/5 – a 36 per cent drop on the previous year.

She called on the government to redress this through the creation of a new “high status” qualifications framework at tertiary levels four and five, allowing delivery directly by colleges, without university involvement.

At the same time, she argued that the loans system available to university students should be expanded to cover anyone studying these “sub-degree” qualifications.

The report said: “The contrast between the high take-up of loans for degrees, and the failure of advance learner loans for FE-based learning, is in large part a result of there being no established national system of awards at levels four and five.”

The report, called ‘Remaking tertiary education‘, comes after the government introduced its vision for reforming post-16 education through the Skills Plan, based on the recommendations in the Sainsbury review of technical education – which Professor Wolf was involved in.

Speaking exclusively to FE Week, Professor Wolf said: “The Sainsbury review started to create a proper technical route but we’re never going to complete that if we don’t very soon create proper replacements or recreations of HNCs and HNDs.”

Without these “proper national technical qualifications”, she said, people would continue going to university for higher level study “because they won’t feel that level four and five as they currently exist have any real recognition”.

The report blamed the decline of higher level technical qualification on government policy over more than 30 years that “promoted large volumes of low-level vocational qualifications in the non-university adult sector, at the expense of tertiary-level qualifications”.

It concluded: “A financial entitlement which is held by the individual, and can be used for tertiary education of any sort, whenever the individual wishes, would allow England to move away from the current dysfunctional system.”

Professor Wolf told FE Week that this proposal was different from advanced learner loans, which were first introduced for learners aged 24 and above in 2013.

These loans, which were expanded earlier this year to cover all learners aged 19 and above at levels three to six, were “more limited, more restricted” than what she was calling for.

“At the moment if you’re a student who goes to university you have an automatic entitlement to a big student loan, and what I’m arguing is that that should be extended to people going to levels four and five in further education as well,” she said.

The consultation, which ran from the end of March until mid-June, was around the premise of introducing loans for FE learners aged 19 and above at levels four to six, with the aim of increasing the take-up of technical and professional learning.

In September the government announced that it would not be making a decision until November – despite strong support for the proposal.

David Hughes, Association of Colleges chief executive, agreed with Professor Wolf that “it is not enough to invest in full-time, three-year bachelor’s degrees if we are to meet the skills needs of our country”.

But he called student loans to be converted into “a personal learning account that could be accessed across a person’s lifetime, also including maintenance loans for all higher education courses.”

A spokesperson for the Department for Education said: “We want to build a further and higher education system that works for everyone, and we are taking decisive action to achieve this – with two bills currently going through parliament.

“We have reformed technical qualifications, ensuring they meet the demands of employers and and help boost our economy. And our apprenticeship funding and skills plan will ensure that more young people are equipped with the skills that employers are asking for.”

Professor Wolf will present her report at the Education Policy Institute’s first annual lecture in London this evening (Monday, November 14).