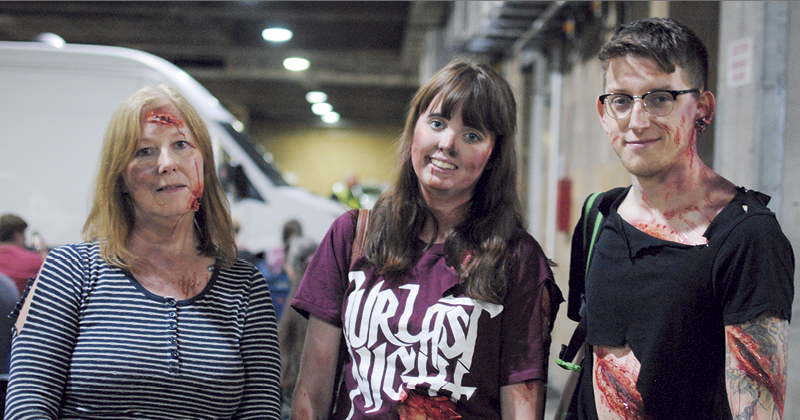 Students at City of Bristol College partnered with local police and rescue services to stage a major firearms incident as part of a police training exercise.

Theatrical media make-up students used their skills to provide more than 200 actors with realistic-looking injuries, reflective of those experienced in a serious shooting incident.

Actors were asked to play injured members of the public on a set in Bristol, as ‘gunmen’ took over a shopping centre.

Kate Dowle, a theatrical and media make-up lecturer at the college, said: “Events like this require a large amount of preparation, such as premade prosthetic limbs and wounds, something that would be required in the industry. The event highlighted what it’s like to work on a live brief on a hectic set, and the students all rose to the challenge.”

Rheia Roberts Budworth, a student at the college, said: “The actual exercise was scarily real and it was great to see our hard work in action.”